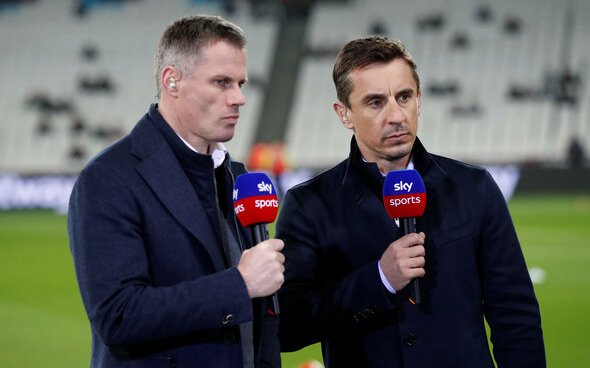 Former Liverpool defender Jamie Carragher has called upon the Premier League to follow UEFA’s suggestion of using ‘sporting merit’ to determine the final standings for the 2019/20 season if it cannot be completed on the field.

European football’s governing body yesterday encouraged its member associations to consider a format which would use the principle of sporting merit to complete their seasons if they cannot be played out to a conclusion on the pitch, which UEFA described as “the ideal scenario”. [via The Guardian]

Speaking on Sky Sports‘ The Football Show [via @footballdaily on Twitter and Liverpool Echo], Carragher said: “I actually think what UEFA came out with yesterday about Champions League places and European qualification being decided on sporting merit, I’d actually love the Premier League to come out and say that.

Following a meeting between all 20 Premier League clubs last week, there is a prevailing desire among key stakeholders to resume the season from the point where it was halted due to the coronavirus pandemic, with a tentative return date of 8 June mooted. That would be the most ideal course of action from a Liverpool perspective, as it would give Jurgen Klopp’s team the chance to secure the two victories they require from their final nine matches to secure a first English league title triumph in 30 years.

However, last week’s Premier League meeting concluded that football would not resume until the UK government declares it safe to do so. With the country’s death toll from COVID-19 reported at 18,739 as of 8am this morning (as per Financial Times), there appears little sign of the crisis abating any time soon.

If the Premier League is left with no option but to end the season without it being completed on the pitch, Carragher is right to call for the implementation of a plan which would utilise UEFA’s concept of sporting merit. One option this could take is to decide the final table by points per game, which would still see Liverpool crowned champions by some distance. Their 82-point haul from 29 matches equates to 2.83 points per game, far clear of second-placed Manchester City’s 57 points from 28 games (2.04 per game).

That solution would probably be the fairest way of determining the final standings if matches cannot be played, and Carragher is rightly calling on the Premier League to publicly declare an intention to use that method as Plan B so as to offer greater clarity on the season’s fate. However, even though it would lead to Liverpool being declared champions by some distance based on results over a prolonged period of time, its incomplete nature could still leave an asterisk beside any such title triumph for the Reds.

Hopefully the season will be played out to a conclusion on the pitch, but the sporting merit suggestion looks to be the best viable alternative.

Liverpool fans, would you be in favour of deciding the final Premier League table on sporting merit if the remaining matches cannot be played? Give us your thoughts in the comments section below!