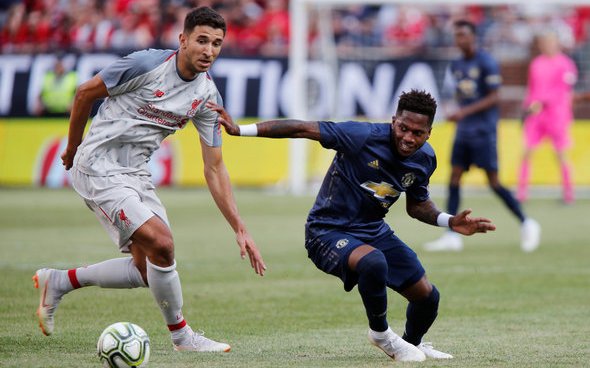 When asked in a Q&A for Bleacher Report about potential Liverpool additions in the summer transfer window, Dean Jones replied that the Reds are seeking to bring in a midfielder such as Todd Cantwell or Kalvin Phillips to bolster their squad.

He added that the Anfield club were more likely to look at players who would enhance the range of backup options in Jurgen Klopp’s squad rather than those touted as immediate entries to the first XI, with the update shared on Twitter by @AnfieldEdition.

Liverpool want to sign a midfielder this summer, but it would be a squad player along the lines of Todd Cantwell from Norwich or Kalvin Phillips from Leeds. [@DeanJonesBR] pic.twitter.com/XMy65WZCrC

Wide midfielder Cantwell has scored six goals in 29 Premier League games for Norwich this season while defensive midfielder Phillips has been a regular starter in a Leeds side sitting top of the Championship, averaging an impressive 2.8 successful tackles per game.

However, plenty of Liverpool fans reacted to Jones’ claims by pleading their case for on-loan midfielder Marko Grujic to instead be given a fair chance at Anfield. The 24-year-old has been loaned out to Hertha Berlin for the last two seasons and has never managed to establish himself in the Reds’ line-up since first coming to the club in 2016. He has struck eight goals in 45 games during his time in the German capital.

Here is some of the Twitter reaction from Liverpool supporters clamouring for “powerhouse” Grujic to get his chance rather than Cantwell or Phillips being brought in:

Don’t understand why we just don’t bring Grujic back?

Grujic would be way better imo

Also Would rather give Grujic a shot than Cantwell tbh would have more presence in the middle and is a powerhouse with good technique,

Would we not give Marco Grujic a chance?

Should Liverpool seek to give proper game-time to Grujic instead of pursuing transfer bids for Cantwell and Phillips? Join in the discussion by commenting below!