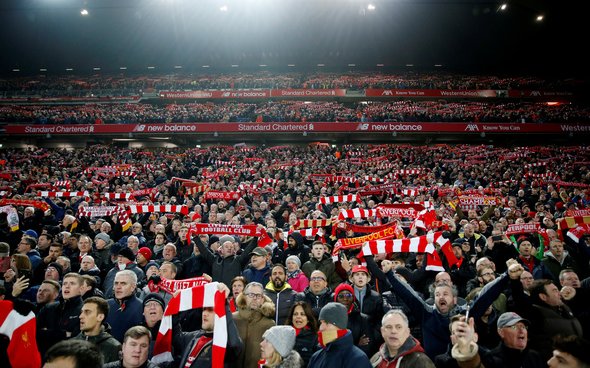 A number of Liverpool fans have slammed comments made by the city’s mayor Joe Anderson, who called for the football season to be ended amid fears that people would ignore social distancing advice if the Reds were to win the Premier League.

The public representative, a supporter of Merseyside rivals Everton, told BBC Sport that restarting the season should be a “non-starter” and is fearful of “farcical” scenes if large numbers of Liverpool fans congregate outside Anfield to celebrate what seems a near-certain title triumph for the Reds.

He said: “I guess that a lot of people would turn up outside Anfield to celebrate and I understand the police’s concerns around that, so there’s a real difficulty here for us. I think it would be really difficult for the police to keep people apart and maintain social distancing if they were going to celebrate outside Anfield, it would be farcical.”

In conclusion, Anderson stated: “I think the best thing to do is to actually end the season”, although he added that he thinks Liverpool deserve to be named as champions given their 25-point lead at this stage of the season. [via BBC]

As noted by BBC, more than 300 people have died from coronavirus in the city’s hospitals, but the Premier League and UK government are hopeful of a resumption to top-flight football from June. After Liverpool won the Champions League last year, approximately 750,000 fans took to the streets of the city for the homecoming. With the Reds on the brink of winning a first league title in 30 years, a large-scale public celebration seems quite possible even with COVID-19 afflicting the UK.

Despite the health risks that mass gatherings could pose amid the virus, these Liverpool fans on Twitter took umbrage with Anderson’s pleas to end the season so that the prospect of celebrations outside Anfield would be minimised:

The mayors a Everton fan. You can’t close the economy forever.

The ‘Mayor of Everton’ has spoken!

Oh, the blueness is leaking out! ?

Liverpool fans, what did you make of Anderson’s remarks? Have your say by commenting below!