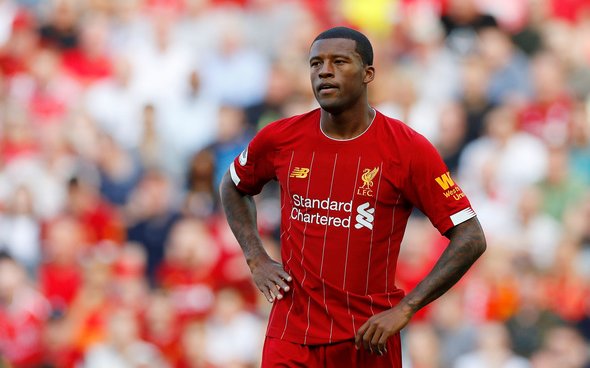 Plenty of Liverpool fans have taken to Twitter to give their reactions to reports from Italian media linking Georginio Wijnaldum with a possible move to Serie A.

Tuttomercatoweb claimed that Inter Milan are exploring the possibility of bringing the Dutch midfielder to Italy, with the 29-year-old out of contract at Anfield next year and likely to command a fee of at least £26m. The story was later shared on Twitter by @AnfieldEdition.

Inter Milan are looking into the possibility of signing Gini Wijnaldum, who only has one year remaining on his contract and is yet to sign a new deal.

Any offer would have to be in the region of at least £26m. [TuttoMercatoWeb] pic.twitter.com/rDG16jMc13

Wijnaldum has not yet been offered a contract extension by Liverpool, although Football Insider recently reported that Jurgen Klopp is seeking to prioritise the completion of a new deal for the Netherlands international. With 3,028 minutes of game-time this season, he has featured more than any other Reds midfielder and has started all but one of their 29 Premier League matches to date. His passing accuracy of 90.9% is the highest of anyone in the squad to have started a league match in 2019/20 (as per WhoScored).

These Liverpool fans on Twitter did not take kindly to Inter’s reported interest in the 29-year-old, with one Kopite preferring to see fellow Reds midfielder Fabinho being offered to the Serie A club:

Give them Fabinho for Brozovic

Just give him a new deal ?

Not a chance he goes unless he doesn’t sign. He’ll have been offered a contract. And £26m? Not even half his market rate.

I think you got the 2 and the 6 the wrong way round, even then he is worth twice that!

Liverpool fans, are you worried that Wijnaldum might be sold to Inter given that he has not signed a new deal at Anfield? Join in the discussion by commenting below!