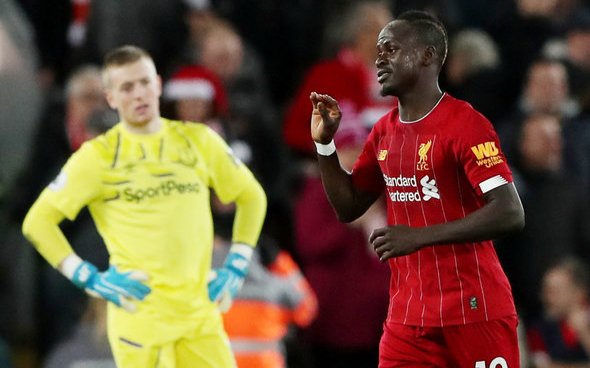 A number of Liverpool fans have voiced their opposition to comments made by ex-Reds player Steve Nicol about current Anfield forward Sadio Mane.

Speaking to ESPN [via Metro], the Scot claimed that the 27-year-old has been fortunate with his role in the team that he does not often need to contribute defensively, saying: “I think Sadio Mane is lucky the way Liverpool play.His job is pretty much to stay on one half of the field. ‘Yes, he does come back and help out defensively every now and again, but generally he’s told to stay in the attacking half of the field and go at defenders.”

But there is nothing lucky about Mane's success at Liverpool. He's fought from the bottom to get to where he is now and is rated as one of the world's best because of his fight, talent and mentality ?? https://t.co/kSoRKyVLPb

Despite Nicol’s comments about Mane not contributing in a defensive sense, figures from WhoScored suggest that his claims aren’t entirely accurate. The Senegal winger has won 1.4 tackles per game in the Premier League this season, the most of any Liverpool forward and more than Roberto Firmino (one) and Mohamed Salah (0.5). Indeed, the 27-year-old’s tackling average is higher this term than it had been in his previous three years at Anfield.

Nicol, who has previously criticised Mane’s team-mates Salah, Adrian and Firmino during the season, was rebuked by these Liverpool fans on Twitter over his latest unflattering verdict on a member of Jurgen Klopp’s squad:

Steve Nicol is a proper plank!

Liverpool defend higher than almost any other team so it surely makes sense that Mane will defend higher up too. It’s about effort not positioning. Not rocket science.

Nicol is turning into lawrenson, another ex red who seems gutted at the success of the current team.

Liverpool fans, do you think Nicol’s views on Mane were uncalled for? Have your say by commenting below!