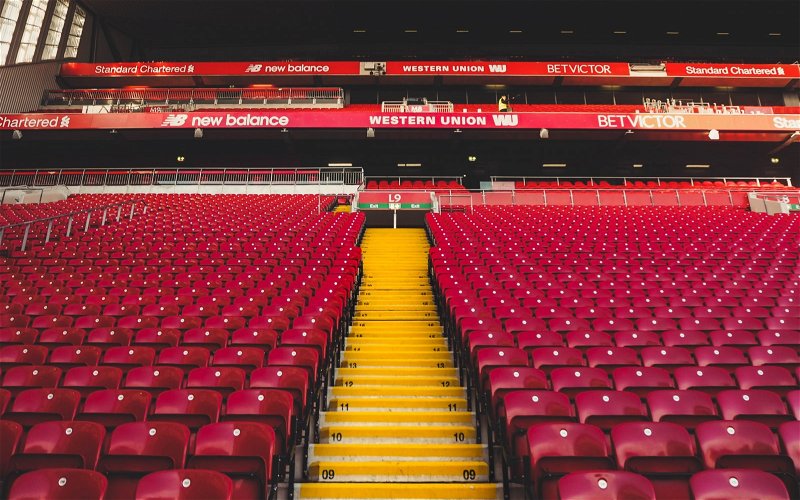 Liverpool set a new record when they wrapped up the Premier League title with seven games to spare this summer. They ended up finishing 18 points clear of Man City and 33 points ahead of Man Utd after blazing a trail of destruction across the top flight. These are the five key moments that set the Reds on their way to glory:

Liverpool were surging with confidence when they welcomed Brendan Rodgers’ Leicester side to Anfield in early October. The Reds had a 100% record after seven games, and they seized the initiative when Sadio Mané banged in a first-half strike. However, the Foxes displayed great resilience in the second half, and they grabbed an equaliser thanks to James Maddison’s low finish on 80 minutes. The clock ticked deep into stoppage time, when Marc Albrighton brought Mané down in the box. After a long consultation with the video assistant, Chris Kavanagh pointed to the spot.

James Milner stepped up to take the 95th minute penalty and Anfield held its breath. Liverpool’s Mr Reliable held his nerve and coolly slotted the ball past Kasper Schmeichel. Jurgen Klopp was jubilant on the touchline, while Rodgers turned away in despair. Ayoze Perez threw his toys out of the pram, but Liverpool’s players did not care. They had maintained their flawless start to the season, and they could celebrate an eight-point lead over reigning champions Man City.

Robertson and Mané Put Aston Villa to the Sword

Liverpool’s unbeaten record was in serious jeopardy when they faced a fired-up Aston Villa side at Villa Park on November 2. Trezeguet put the hosts 1-0 up in the first half, and they then proceeded to stick 11 men behind the ball and defend as if their lives depending on it. The Reds could not find their usual fluency, and it proved to be a frustrating afternoon for the European champions. Yet that all changed when left-back Andy Robertson popped up at the far post to head in an 88th minute equaliser.

It still looked like a case of two points dropped in the early stages of the title race, but there was to be another twist. Four minutes into stoppage time, the irrepressible Trent Alexander-Arnold whipped in a corner, and Mané rose highest to glance a perfect header past Tom Heaton. The nature of the victory sparked a great deal of belief among Klopp’s men, and it gave Liverpool an air of invincibility. Man City were back in business by that point, and defeat to Aston Villa would have cut Liverpool’s lead to just three points, but the late interventions from Robertson and Mané ensured they retained the initiative. The next game in the diary was a home clash with Pep Guardiola’s side, and that last-gasp winner from Mané ensured they went into the match crucial momentum.

A Thunderbolt from Fabinho

The showdown between Liverpool and Man City at Anfield was always going to be decisive in the title race. Guardiola’s men had won the title in record-breaking fashion in 2017-18, and then won 14 games in a row to finish a point clear of Liverpool in 2018-19. The Reds would need to vanquish them in front of their home fans in order to swing the balance of power in their favour. Man City were on a three-game winning streak, and they looked back to their formidable best, so it promised to be a gripping clash.

Yet Liverpool took the lead after just six minutes, courtesy of an absolute thunderbolt from Fabinho. The Brazilian holding midfield is better known for his tenacity in winning back the ball, but he lit up Anfield by flashing a 25-yard drive past Claudio Bravo. It takes a special strike to beat an experienced goalkeeper at his near past, and there was no stopping this howitzer. Man City continued to threaten in possession, but Robertson whipped in a superb cross for Mohamed Salah to double Liverpool’s lead just seven minutes later. Mané made it 3-0 after the break, and the Reds cruised to victory. That saw them installed as clear favourites in the Premier League outright markets, and sent Man City on a downward spiral.

By Boxing Day, Leicester were the closest challengers to Liverpool in the Premier League title. Some neutrals started to chatter about prospect of Rodgers being the man to deny his former club an end to their 30-year title drought. Yet Liverpool made an absolutely mockery of such projections by thrashing the Foxes in their own backyard. It was a masterful team performance, but the star of the show was Alexander-Arnold. The youngster has refined the full-back role over the past couple of seasons, and this was him at his unplayable best.

Alexander-Arnold played in a ferocious cross for Roberto Firmino to hand Liverpool the lead in the first half. He then put it on a plate for the Brazilian to double Liverpool’s advantage after the break. Caglar Soyuncu handled another of his lethal crosses, allowing Milner to convert from the spot and make it 3-0. The Alexander-Arnold put the gloss on the win when he unleashed a sweet strike from distance. Schmeichel was powerless to stop in nestling into the corner of the net, and Liverpool went 12 points clear of Leicester, with a game in hand.

A Towering Header from Van Dijk

Liverpool had 20 wins, one draw and zero defeats from 21 league games by the time they faced Man Utd at Anfield on January 19. The Red Devils were the only team to take points off Liverpool, as they played out a 1-1 draw in October. This was among the greatest tests of Liverpool’s resolve, and they passed with flying colours. Virgil Van Dijk handed them the lead with a thumping header after 14 minutes, and Salah wrapped up victory with a stoppage-time strike.

The result left Liverpool 16 points clear of Man City and 30 points ahead of Man Utd, with a game in hand on both clubs. The result sparked an outpouring of joy among the Anfield faithful, who knew that the 30-year title drought was coming to an end. They may have lost a few games towards the end of the season, but they had taken a foot off the pedal by that point, and they still clinched the title with more games to spare than any other team in history.