Another game, another sterling performance from the skipper 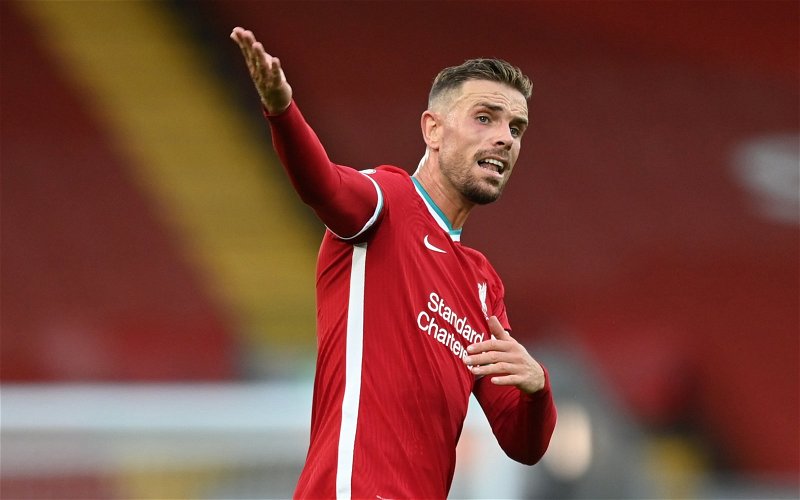 Although yesterday’s victory was not as comfortable as we may have liked, I saw several brilliant individuals showing from the men in red. But once again, one man deserved huge credit.

Jordan Henderson. Our captain. Our leader produced another outstanding showing and showed once again just why he wears the armband tight on his right arm.

Mohamed Salah stole the headlines on Saturday, and rightly so. His hat-trick was a well deserved once which, as I said yesterday, has turned him into an Anfield great. There is no doubt about it.

But Henderson’s outing, for me, was equally as impressive as he commanded on the front foot, got us playing out from the back and was firm from a defensive point of view.

The England international was only on the field for 66 minutes after making way for Curtis Jones and was one of Liverpool’s shining lights in what was a roller-coaster of a football match.

During the affair, Henderson managed to win all of his individual battles, as well as making four tackles and accumulating a pass success rate of 76%, as per Sofascore.

It was reported earlier in the week that there were doubts as to whether he would be fit enough to start this game, following a knee injury which saw him miss the back end of the last term.

Considering that he succeeded in his race for fitness and putting in this kind of performance, showed exactly what sort of player he is.

Even when he made way for the young Scouse prospect in Jones, he was noble and sporting enough to leave the field with a smile. I have a feeling that he was not too pleased about being subbed, but his professionalism shone through once again.

Henderson is one of the most underrated players around. Having been labelled as a “marmite” player only a few years ago, I imagine many opinions on the £25.2m-rated talisman have vastly changed.