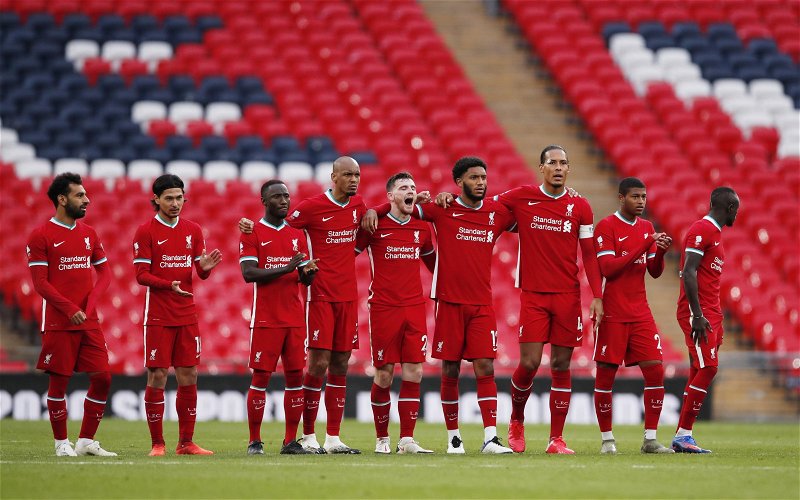 Football is back. But it feels like it has never gone away.

The sport that we love has been acting strangely in recent months, no fault of its own of course. But I suppose we have to accept it for what it is during these strange times.

We are the Premier League champions and will hopefully retain our crown this season. Leeds United stand in our way as the first of our 38 opponents over the course of the next eight months.

Despite losing the Community Shield affair on penalties against Arsenal a few weeks ago, there is still plenty for us all to get excited about. Now is the time to put it behind us and take our frustrations out on Marcelo Bielsa’s newly-promoted side.

It will be the second season in a row that we have taken on the Championship winners. After beating Norwich City 4-1 during the 2019/20 opener, we all know what happened in the end.

With only three pre-season games under their belt, we will want to start firing almost immediately. I don’t believe that manager Jurgen Klopp will pick a weakened side as a result of this.

Here’s who I think will take to the field at Anfield this afternoon: 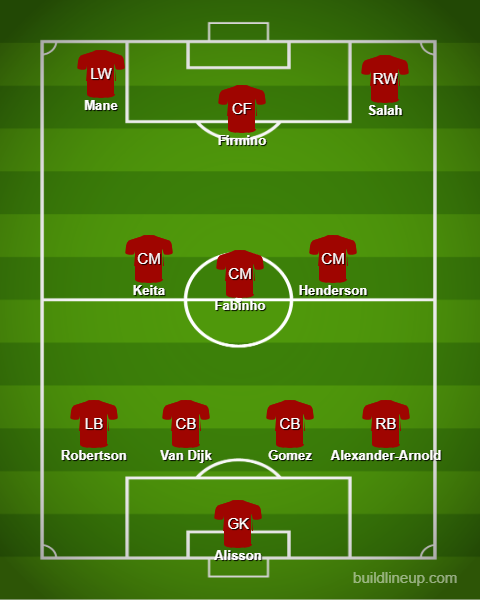 It looks a very familiar line-up, doesn’t it? I believe it is the best that the German tactician has at this moment in time.

His standard 4-3-3 formation with the high fullbacks will come into play once more. The third consecutive season that Klopp has gone with almost an unchanged side.

I believe he will make five changes to the side that beat Blackpool in our final friendly match – a game where many first-team regulars were on international duty at the time.

Alisson Becker should start in between the sticks for Liverpool, while Trent Alexander-Arnold, Joe Gomez, Virgil van Dijk and Andy Robertson will line up in front of the Brazilian.

The midfield trio is a tricky one, but I believe he will go with Naby Keita, Fabinho and Jordan Henderson. One man has a characteristic that can benefit the team immensely, both from an attacking and a defensive point of view, which gives our midfield an immense balance.

Finally, the front three picks themselves these days and remain as one of the most feared striking forces in Europe. Sadio Mane will be looking to improve on his 18-goal tally from last season, while Roberto Firmino and Mohamed Salah should be in the squad too.

The Egyptian is just two goals from equalling the great John Toshack’s goalscoring record of 96, which could have already been conquered once the full-time whistle blows.