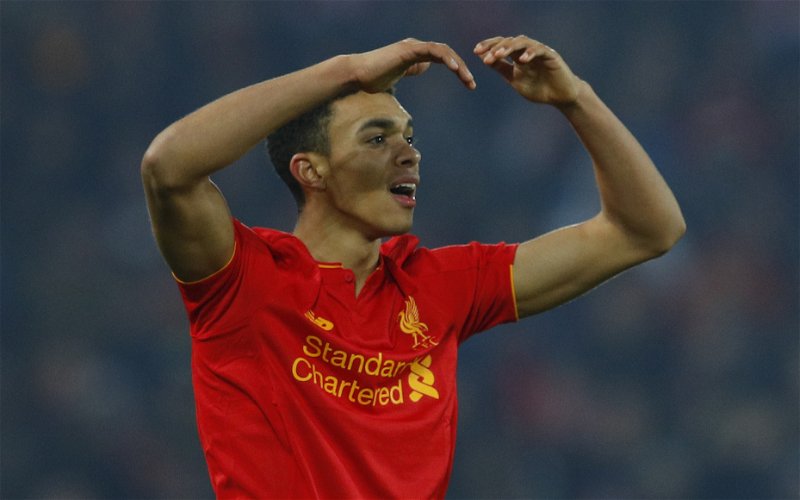 Liverpool have been handed a huge injury boost over the fitness of Trent Alexander-Arnold ahead of their Premier League clash against Watford on Saturday afternoon.

Jurgen Klopp has revealed that the 23-year-old wing-back will come back into contention to start against the Hornets at Anfield after recently returning to training.

Speaking during his pre-match press conference, the German manager said:

“Trent trained yesterday, parts, and will be in full training today – and we have to see what we do with it.

“It will be tight for tomorrow but it’s possible after all I hear.

“It’s different if you are part of team training, it depends what you could do before and he was really with our rehab and fitness department, it was really intense what he did before he trained with us.

“So physically, he should be fine, now I have to make the decision about rhythm and these kinds of things.”

If the 16-time international is fully fit, then it’s an absolute no-brainer as to whether he should start or not.

Alexander-Arnold is an integral part of Liverpool’s side, having already made 13 goal contributions in just 26 league outings for the Reds in the league so far this season, averaging 1.6 shots per game and earning himself an overall rating of 7.57, as per WhoScored.

Klopp already knows the importance of the £72m-rated right-back, once hailing him as having an “insane” skill-set, so it’s probably no secret that the boss will be happy to have him available for selection again.

In other news, Fabrizio Romano has delivered a huge update on this Liverpool star’s future at the club. Read more here.