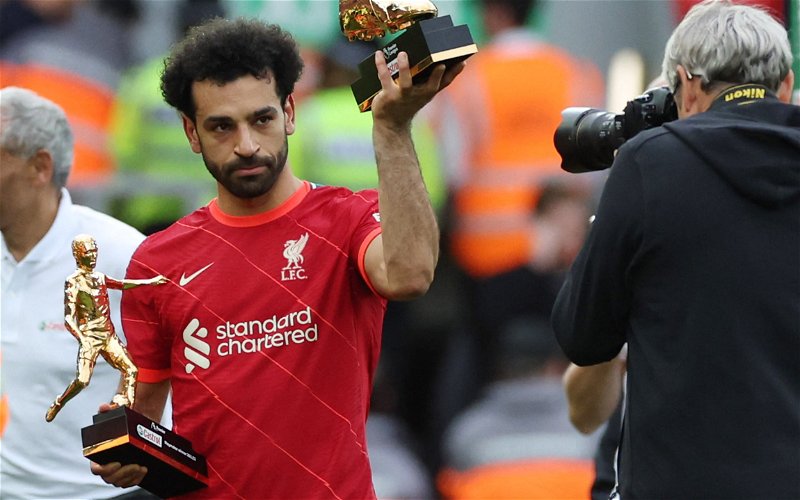 Former England international Danny Mills has claimed that Liverpool and Mohammed Salah are playing “poker” over his new contract and expects the club to come out on top.

Liverpool are a club proud of the way it is run, allowing no ego to overshadow the way things are set up.

The club reportedly rank fourth in terms of wage expenditure, despite a comfortable second place finish this season.

With Salah claiming to want wages around £500k-per-week, it seems that the club might have had a breakthrough in bringing that ludicrous price significantly down.

Mills has had his say on Salah’s contract demands, talking to Football Insider:

“Liverpool are not stupid, they are not daft. They are saying ‘You want £500,000-a-week? Well, we ain’t giving it to you. If you want it, go and get it somewhere else.

“Gone are the days of players like Gareth Bale being on £600,000-a-week and all that kind of thing.

“You start to think, who else is going to pay it? You have a choice, there’s a really good offer on the table but if you want to leave, go and find that money somewhere else.

“If he doesn’t have the offer somewhere else he can backtrack and end up signing for what he wanted probably in the first place.

The Verdict: Give him what he wants

Salah has been nothing short of sensational since signing for Liverpool in 2017. Having won the Premier League golden boot on three occasions, with one being a record-breaking number of goals, Liverpool must throw everything they can at the Egyptian star to keep him at Anfield.

A player such as Salah is often impossible to replace, and managing to get his contract down to even £350k-per-week would be worth it for the man who got both the most goals and assists this season in the league.

What would seem like small raise from his current £200k-per-week deal, it is a no-brainer for the Reds to tie down the £90m-rated superstar lauded as “unstoppable” by former player Jose Enrique.

Liverpool have reportedly made a move for a new winger. Find out who here.