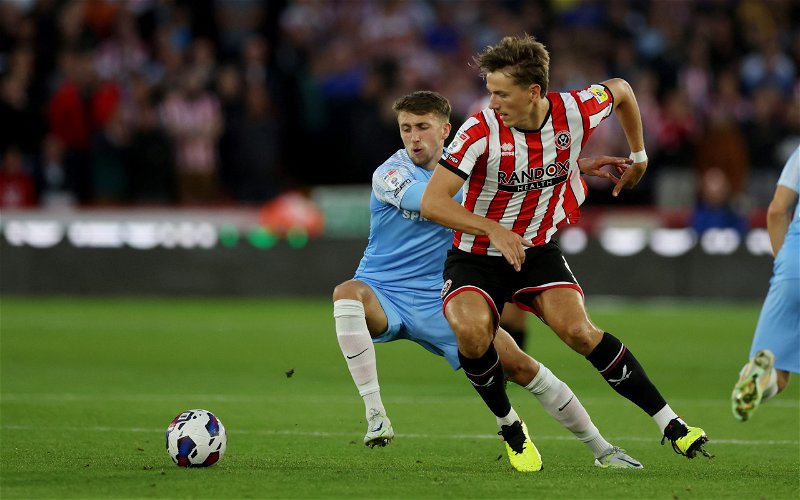 That is according to Sky Sports’ Gary Weaver, via Football365, who claims that the German boss has expressed an interest in the player in recent weeks.

Reacting at the time, Berge said: “It was a great moment. You have a big smile when you receive those sorts of compliments.

“‘It is wonderful when such a renowned manager as Jurgen Klopp comes over and says something like that.”

A report from Sports Interest states that Liverpool may be able to prise the Norwegian away from Bramall Lane for a discounted price between £10m-£15m, due to his status as a Championship player.

“Best in the division“

Since suffering relegation with Sheffield United, the name Berge will have been forgotten by many fans, as the 24-year-old opted to stay and help Sheffield United in their efforts to fight their way out of England’s second-tier.

It’s a move that was certainly in his best interest and has progressed him as a midfielder, with the 24-year-old featuring heavily as an attacking midfielder in the season just gone. That move saw him notch ten attacking returns in the Championship, in the form of six goals and four assists in 33 games for the Blades.

The £33k-per-week asset was consequentially hailed by teammate George Baldock who believes the star can be the “best in the division on his day.”

We all know exactly what would happen if Klopp were to get his hands on Berge. He could turn the Norwegian from a promising player to an outright world-class midfielder in a scenario where both would benefit no end.

Amidst Klopp’s reported interest, this is one to keep an eye on.