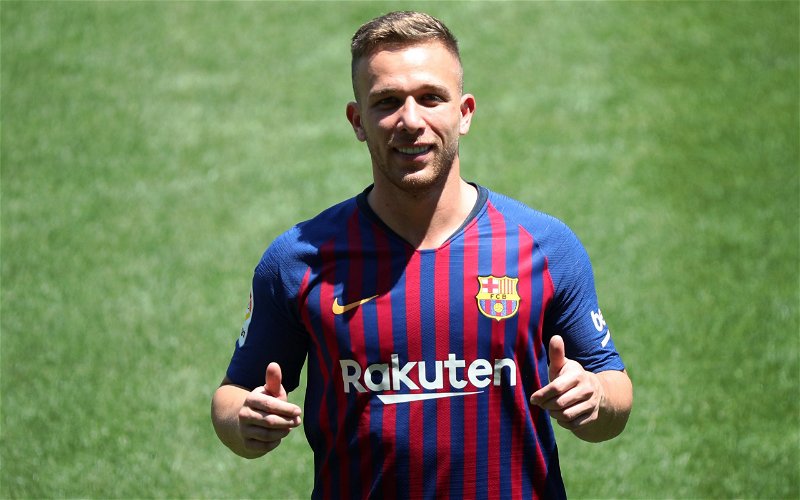 Liverpool are closing in on a deal to sign Juventus midfielder Arthur Melo.

That is according to the ever-reliable transfer guru that is Fabrizio Romano, who took to Twitter to issue the update.

“Liverpool are closing in on deal to sign Arthur Melo from Juventus. Full agreement on the salary, work now in progress for medical later today as per @DiMarzio.

“Clubs discussing final details in order to get it done soon.”

With the transfer progressing rapidly, Romano then posted a second update providing more clarity on the deal:

“Medical scheduled in the afternoon for Arthur Melo as Liverpool and Juventus are closing on final details of loan deal for Brazilian midfielder. NO buy option as things stand

“Arthur has accepted right after the first call received by LFC yesterday night.”

In his third update to the deal, Romano then shared footage of the Brazilian midfielder travelling to the UK in order to wrap up the deal before the window slams shut.

The caption accompanying the video said:

“Here’s Arthur Melo traveling to UK right now in order to complete his move to Liverpool on loan.”

A major claim and a major coup

The deadline-day signing of Arthur is incredibly astute from Klopp and co, who had their backs against the wall having witnessed Jordan Henderson suffer injury in last night’s close-knit affair with Newcastle United.

It’s no secret that the Reds have had their fair share of injury woes in the middle of the park, with Klopp forced into a transfer U-turn this summer.

But it goes without saying that even in the midst of the ultra-high-pressure transfer Deadline Day, Liverpool have found an option that suits their playstyle and can have an immediate impact in the squad, without shelling out a big fee and undoing their transfer philosophy.

The 26-year-old former Barcelona star is a pass master who averages 66.51 passes completed per 90 at a completion rate of 91.1%. Whilst he is progressive as a central player, averaging a solid 5.71 progressive carries per 90, he brings stability across both phases of the game.

His average of 81.37 touches per 90 is indicative of his composure with the ball and whilst this creates stability in the engine room, he further compliments his skill-set with a solid 10.83 ball recoveries per 90 in the out-of-possession phase.

The signing of Arthur is incredibly astute and one that Klopp and co can get the best out of in their time of need.