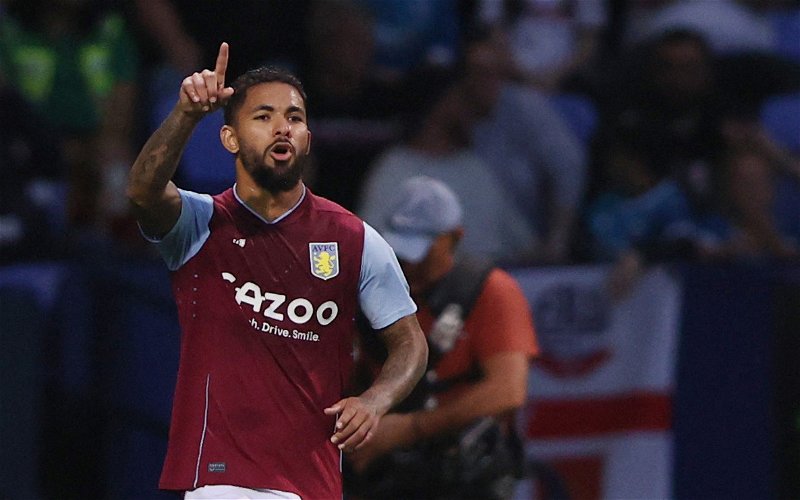 Liverpool have made contact with Aston Villa over the signing of Douglas Luiz.

That is according to journalist Matheus Leal, who took to Twitter to issue the groundbreaking update.

“Brazilian Douglas Luiz could leave Aston Villa for Liverpool in the final hours of the window. Liverpool have made an offer of £20 million for the midfielder, who welcome the change of team. Aston Villa play hard and look to win a little more.”

The news surrounding Aston Villa midfielder Luiz is interesting to say the least.

The Brazilian was always going to be one of the hottest subjects of deadline-day, especially in the midst of further injury set-back for Jurgen Klopp’s side in the centre of the pitch, with Jordan Henderson suffering a suspected hamstring injury.

At this stage of the window, Klopp may be feeling the pressure and will be desperate for reinforcements who can bolster his engine room.

But so too will Aston Villa who may be open to a quick-fire sale with the 24-year-old now in the final 12 months of his contract.

It remains to be seen as to whether Gerrard and co. can remain poised in their attempts to keep hold of the former Manchester City man, but from a Liverpool perspective, fans will be hoping that Gerrard can once again do them a favour and allow the Brazilian to move to pastures new.

Luiz can come in and offer much-needed depth in an engine room that has been plagued with injury since the start of the new campaign.

Although a well-rounded asset, his guile defensively will be attractive to Klopp who is seeking an option that can create stability in the middle of the pitch.

And, in terms of his positioning, with the majority of his pressures coming in the defensive third, having averaged 7.61 pressures in this area per 90, Luiz serves as an astute deadline-day option for the German who has been forced into a transfer U-turn this summer.