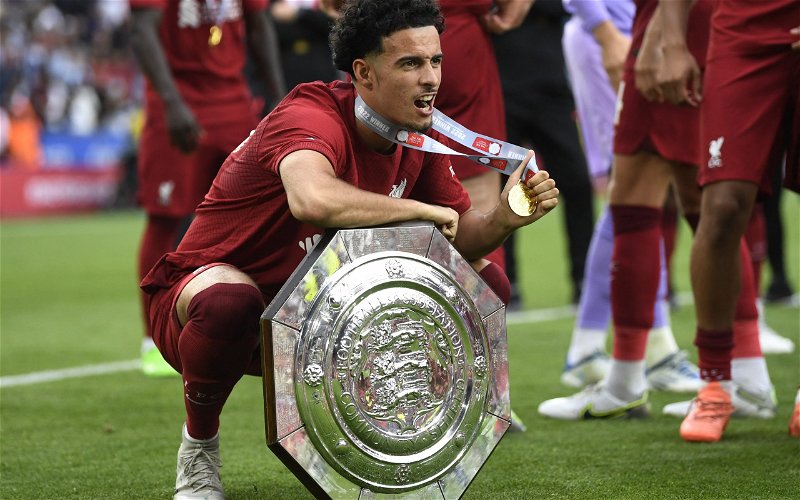 Ahead of a mouthwatering Champions League campaign kickstarter at the Stadio Diego Armando Maradona in Naples, here is the latest team and injury news as the Reds take on a resurgent Luciano Spalletti-led Napoli side.

Jurgen Klopp’s side have never won under Klopp at this venue and come into this game with seven outfield injuries in what will be a tough test for Klopp’s mentality monsters.

And in their attempt to put an end to that emerging pattern, the Reds will have it all to do as they take on a Serie A side who have conceded just four goals in the league this season and have tripled that figure when it comes to goals scored.

Issuing an update in Tuesday’s pre-match press conference, Klopp delivered some disappointing news on a further setback to one of his key men; Curtis Jones.

As per Liverpool Echo, Klopp said:

“Curtis, when he was out previously he had a stress reaction in a specific bone around the tibia. It was no problem anymore, he trained twice and then he felt it again. Not as bad as the first time but serious enough for him to not be involved in team training again. It’s not very helpful.”

Addressing the other injury concerns in his squad, the German boss said:

“Fabio’s got a massive dead leg which causes the muscles some problems. So there was no chance [to be involved].

“He is walking normally now but there was no chance to train until now. I hope it will get better and he will be ready for the weekend but I am not 100% sure.”

“Thiago is back in training, it was his second day today which means he’s ready.

“For how long [tomorrow] we’ll see. Hendo, he had the results of the scan and after the international break I think he’ll be back.”

Since breaking into the Liverpool first team during the 19/20 season, Jones has gone on to be a key player for Klopp, serving as a high-quality rotation option in the engine room.

With an average of 57.11 passes completed, at a completion rate of 90.4%, his ability in possession ranks him in and around the 94th percentile, as per FBref.

His function as a forward-thinking midfielder is complementary to Klopp’s fast-breaking transitions, and he is a pest to the opposition goal having sustained an average of 3.12 shot-creating actions per 90, over the last calendar year.

The 21-year-old is by no means fazed by the size and stature of the club and players around him, often dictating play and pulling the strings in the middle of the park – despite his tender age.

Jones’ average of 74.81 touches per game are evidence of his ability to leave his mark on the game, and more importantly, his function in creating sustained attacking build-ups for Klopp’s side.

His presence, especially in a time where few options exist, will be sorely missed by Klopp, who will be hoping his Liverpool side finally break their downward run and secure a much-needed win over a resurgent Napoli side.