Liverpool left back – and Champions League winner – Andrew Robertson produced another excellent performance as Scotland grabbed a last gasp victory over Cyprus in their Euro 2020 qualifier at Hampden Park on Saturday evening. The 25-year-old has seemingly relished being his country’s captain and he rose to the occasion yet again against the Cypriots, smashing Scotland into the lead with a sensational strike. The former Hull City man has enjoyed quite the seven days, from lifting the biggest trophy in club football in Madrid to putting his country in front at the national stadium. Robertson deserves everything he gets, though. He’s been absolutely unbelievable since joining the Reds and particularly this season where he has elevated his game to the point where he has to be considered the finest left back in world football. The Scotland skipper underlined that yet again on Saturday, dragging his team forward from left back and helping give new manager Steve Clarke the perfect start at Hampden.

Live4Liverpool has rounded up some of the best tweets below. 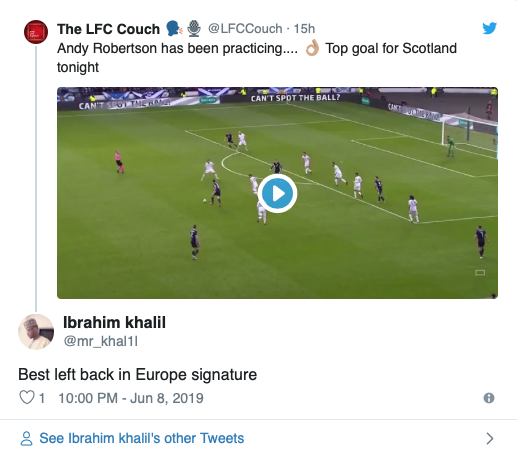 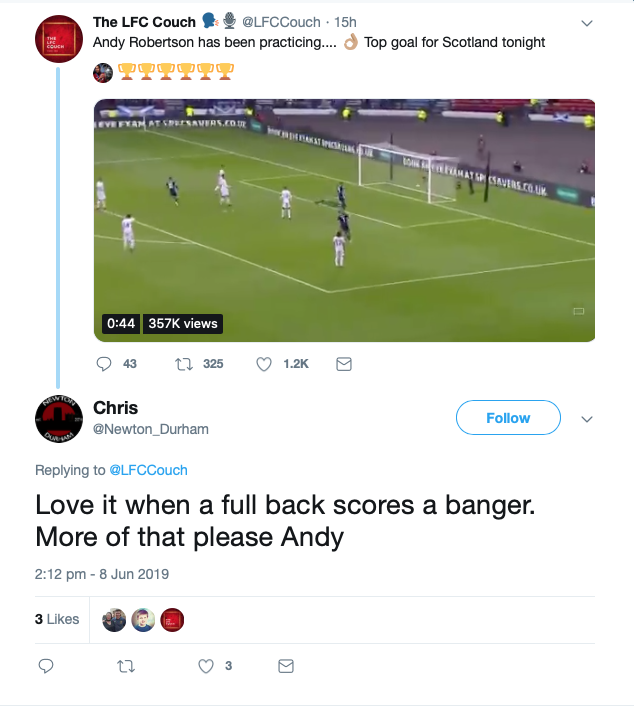 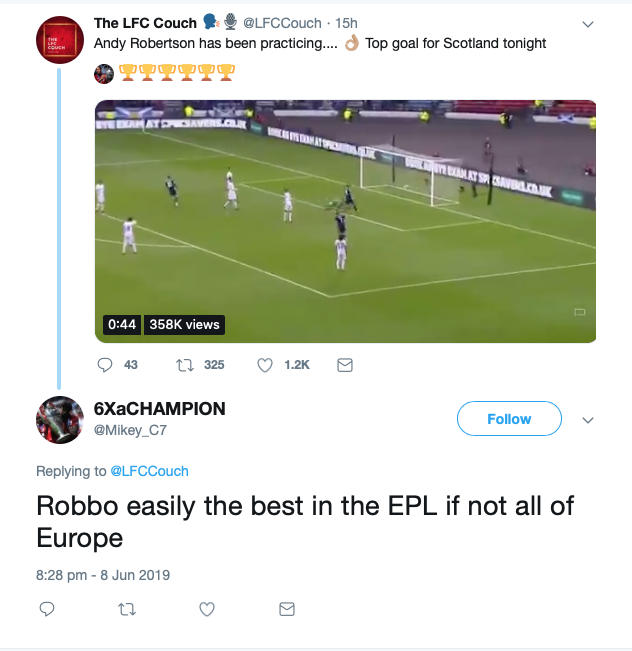 What a goal by the best left-back in Europe ???????? Andy Robertson take a bow#LFC #YNWA #Robertson #AndyRobbo #Scotland pic.twitter.com/GdKGbKMlCS

Hard to believe we were never ever considering signing any LB other then Andy Robertson, what a player! Stroke of genius signing him #LFC #RedOrDead ?????????? pic.twitter.com/pNOOpC2FNO

He's unbelievable. Soo lucky to have him at Liverpool

simply the best left back in the world