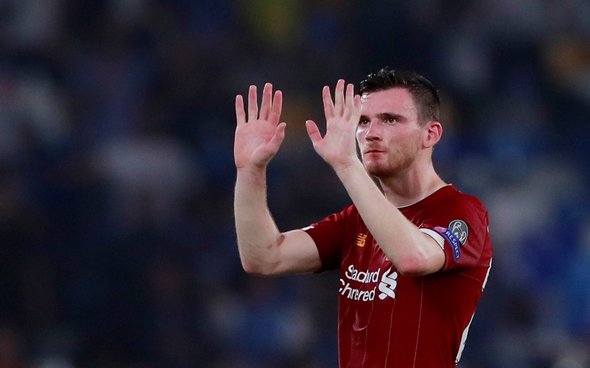 Plenty of Liverpool fans have been responding to a question posed by @LFCTransferRoom on Twitter asking how much they expect the club to spend in the summer transfer window and on which players or positions that money should be spent – with one recurring theme emerging in the replies.

Fan Opinion: How much do you think Liverpool will spend on transfers in the summer?

Numerous Reds fans reacted to state their wishes for at least one full-back signing, particularly at left-back, given the lack of squad depth in those positions. While Trent Alexander-Arnold and Andrew Robertson have excelled this season with 14 and seven assists respectively, replacements for the duo are thin on the ground.

The Scot is the only natural left-back in Jurgen Klopp’s first team squad, while the only natural alternative to the England defender is Nathaniel Clyne, who has been out since July with a cruciate ligament injury. Versatile players such as Joe Gomez and James Milner have deputised in those positions at times this season when required, although the dearth of senior alternatives to Robertson and Alexander-Arnold has understandably led these Liverpool fans on Twitter to identify the full-back positions (in particular left-back) as a summer transfer priority:

£3.7 million on a young versatile full back

80million. Werner, back up left back.

Will probably only sign 2 players max for first team. Hopefully Werner will be one. Although we need cover for robbo

We talk a lot about attacking option but we also need back up for the full backs, if one of them gets injured we have no one

Well, Werner and a LB to provide some competition for Robbo certainly. Then maybe an attacking midfielder considering both lallana and shaq are leaving.

Liverpool fans, where do you think the squad most needs strengthening and what signings would you like to see in the summer? Join in the discussion by commenting below!