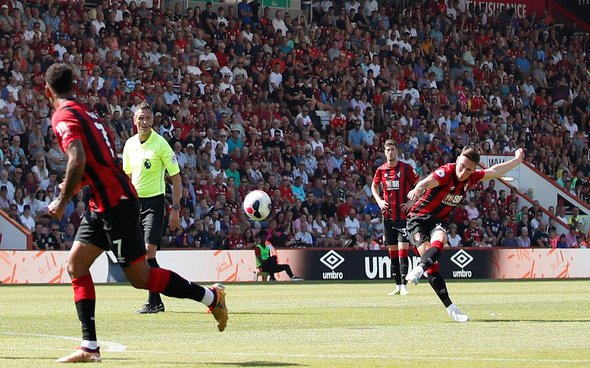 Former Liverpool striker Neil Mellor believes that on-loan winger Harry Wilson could be “a great option” for Jurgen Klopp to have in his first team squad at Anfield next season.

The 23-year-old has only made one senior competitive appearance for the Reds but has found the net frequently in loan spells at Derby last term and Bournemouth currently. Although The Athletic reporter James Pearce hinted that he could seek a permanent move to a club where he would play regularly, Mellor thinks that the Wales international has shown enough to warrant a place in Klopp’s senior setup at Liverpool.

In an interview with Goal.com, the 37-year-old said: “I’ve always liked Harry. People have always been asking ‘Is he good enough?’ but look at him. He scores goals and he creates goals, and that’s what you want from an attacking player. He’s always done that throughout his youth days at Liverpool.

“He’s proven he can do it in the Championship with Hull and Derby, and now he’s gone to the Premier League, which I thought he should have done last season to be honest, and proved himself again. I think he’s a great option to be around Liverpool’s squad. He might not start many games, but he’s a good player to have in the squad.”

Mellor is justified in his belief that Wilson has done enough to merit a sustained first team squad berth at Liverpool based on his performances over the last two seasons. In a loan spell at Derby last season, the winger hit 18 goals in 49 games as the Rams reached the Championship play-off final, where they succumbed to Aston Villa at Wembley. This was after the Welshman had struck seven goals in 13 Championship games during a previous loan at Hull in 2017/18.

A lack of Premier League experience may have been a question mark over Wilson’s head a year ago but he has since put that asterisk to bed, starting 19 games at top-flight level for Bournemouth this season and featuring in a further four. While understandably not quite as free-scoring in the top division as he was in the second tier for Derby, he has still plundered six goals in 23 Premier League appearances, a solid return for a Cherries side in the relegation zone and with the fifth-lowest scoring record in the league.

Wilson hinted at what he could bring to Liverpool’s first team with four goals in pre-season last summer, including a sensational 30-yard strike against Lyon. Now that he has proven he can find the net at Premier League level, and with Reds winger Xherdan Shaqiri tipped by the Liverpool Echo to leave Anfield this summer, Mellor is right in saying that the Welshman has earned his chance to show Klopp what he can do for his parent club over a sustained period of time.

Liverpool fans, do you agree with Mellor’s verdict on Wilson? Comment below with your views!