Takumi Minamino will “get better as he goes” at Liverpool, says his former manager Jesse Marsch 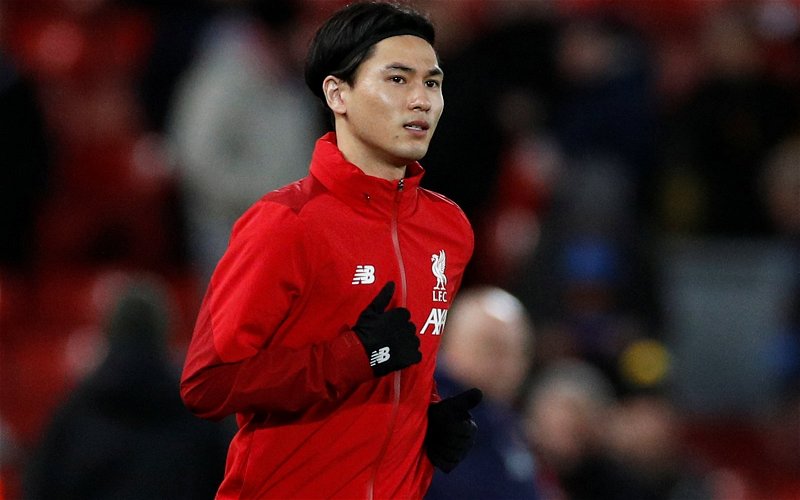 Liverpool winger Takumi Minamino has been backed to succeed at Anfield by Jesse Marsch, his manager at former club Red Bull Salzburg.

The Merseysiders signed the 25-year-old from the Austrian club, against whom they played in the Champions League group stage this season, in the winter transfer window, although the Japan international has yet to start a Premier League game for Jurgen Klopp’s side. However, Marsch is convinced that Minamino will ultimately adjust to life at Liverpool and become a vital member of their squad with the passage of time.

He told ESPN FC: ““What you have in Liverpool is so many talented and experienced players that play ahead of him, so it might take a while for Taki to establish himself in that group. I think over time, they’re going to figure out more and more and more that he can play almost any of the front six positions for Liverpool. Because he’s so smart and clever, he’ll figure things out and get better as he goes.

“I’ve heard that in training he’s done really well and they’ve been really impressed, but in games it just hasn’t come together for him. It might take a little bit of time, but knowing Taki he’s a guy who has so much drive and will find a way to get better every day. It’ll only be a matter of time.”

Marsch, who led Red Bull Salzburg in their first appearance in the Champions League group stage, is a coach who has worked with Minamino and therefore has seen the winger’s strengths first-hand over a prolonged period of time. The American native certainly got a tune out of the 25-year-old during their shared time at Salzburg, with Minamino scoring nine goals and providing 11 assists in 22 apperances under Marsch before his transfer to Liverpool, against whom he scored and set up a goal in the 4-3 thriller at Anfield six months ago.

While the Japan winger was flourishing at Salzburg last year, he didn’t hit the ground running with the Austrian club, registering a modest tally of three goals and three assists in 17 games in his first season for them. He went on to thrive after that sedate start, so there is a good reason for Marsch to feel that the 25-year-old could do likewise at Liverpool.

Also, as Minamino’s former manager pointed out, the winger has gone to a club where competition for first team places is very lofty. The wide positions in Liverpool’s attack are routinely occupied by Sadio Mane and Mohamed Salah, the Reds’ top scorers this season and both of whom have excellent scoring records for the club (Mane 77 goals in 161 games, Salah 91 goals in 144 games). For Minamino to instantly usurp either of those players at Anfield was never realistically going to happen.

More than three months after his mid-season arrival, a combined 84 minutes of Premier League and Champions League action may not seem a good reflection on the face of it, but that figure must be viewed in the context of the competition he faces for a starting berth at Anfield, as well as the interruption of the football season since mid-March due to the coronavirus pandemic.

Minamino deserves a prolonged period of time, and ample first team opportunities, to prove his worth at Liverpool before a definitive judgement can be made on him. If someone like Marsch who has worked with him first-hand is so convinced that the Japanese winger will come good, that should quell the doubts of anyone who might already be tempted to write off the 25-year-old’s prospects at Anfield.

Liverpool fans, how convinced are your by Marsch’s assertion that Minamino will succeed at Anfield? Comment below with your views!