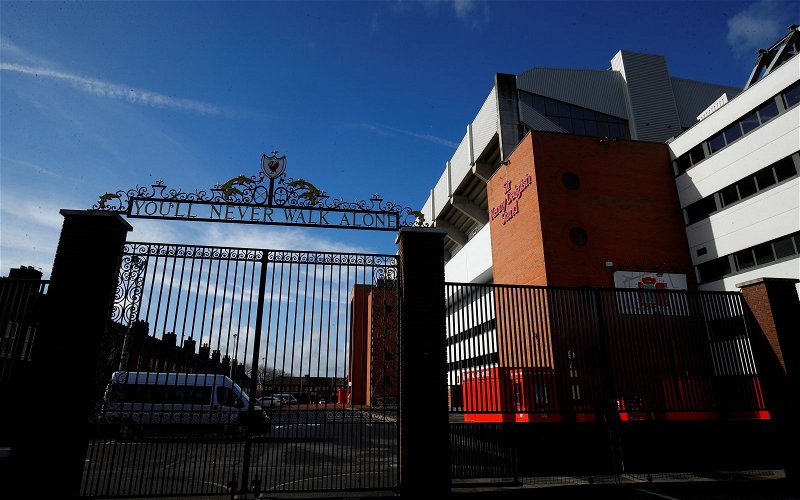 A number of Liverpool supporters commended Jurgen Klopp for his kind words about a man dubbed “King Kenny” by some fans – but, in this instance, the subject of that praise was not former Reds player and manager Kenny Dalglish.

In a video posted by @LFC on Twitter, the German recorded a heartfelt tribute to long-serving Melwood gateman Kenny Grimes, who has retired from the club after more than 30 years of service.

Long-serving Melwood gateman Kenny Grimes has retired after more than 30 years with the Reds.

Jürgen Klopp has paid tribute to his friend and former colleague ??

As noted by Liverpool’s official website, Mr Grimes was “a popular member” of the security team at the club’s Melwood facilities for three decades and also worked as a matchday steward at Anfield. His decision to retire was prompted by medical advice after he suffered a stroke which forced him to take a leave of absence in recent months.

In a heartfelt tribute to the retiring Liverpool FC employee, Klopp said: “You are always welcome to Melwood” and added: “How we will miss you, 100%. Since the first day I was at Liverpool you were there. You opened the gate literally for me and I will never forget that.” His message finished with the words: “You will never walk alone because we are always with you. Wish you all the best, my friend.”

These Reds fans on Twitter saluted Mr Grimes for his lengthy service to the club and praised Klopp for voicing such kind words about his colleague:

Jurgen knows exactly what it means to be a part of our club. Shanks would be proud ?? #YNWA

Just shows the humility of Jurgen what a man #Respect

Jurgen just gets us … simples… YNWA?

How could you not love this guy?

Liverpool fans, what did you make of Klopp’s tribute to Kenny Grimes? Give us your thoughts in the comments section below!