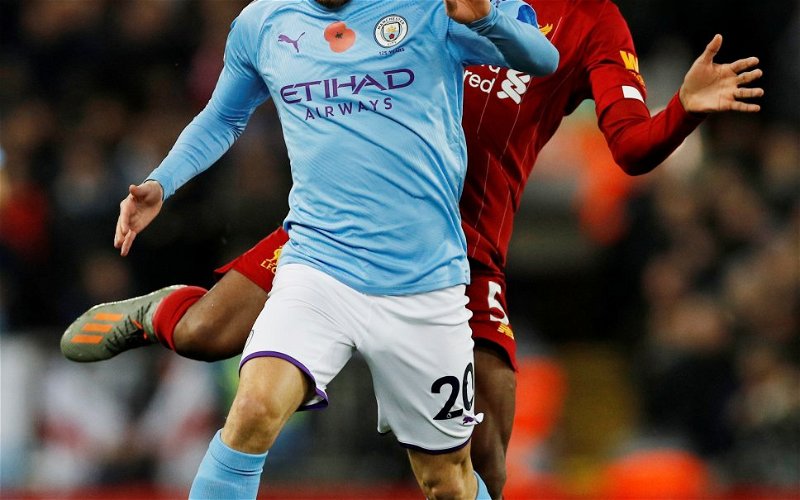 A number of Liverpool fans have hit out at Bernardo Silva after the Manchester City winger seemed to suggest that the Reds receive preferential treatment when individual prizes are awarded.

Despite Pep Guardiola’s side winning the last two Premier League titles, the PFA Player of the Year award has gone to Mohamed Salah and Virgil van Dijk in that time, with Bernardo among the nominees last year when the Dutch defender took the prize.

Speaking to Bleacher Report [via The Mirror], he said: “Three seasons ago we win the league and they were 30 points behind. Kevin De Bruyne, unbelievable season, Mo Salah, scores a lot of goals. He’s a great player and I admire him a lot, and they give the award to Mo Salah.

“The season after, very tight. Raheem Sterling was on the run with van Dijk, they give the award to van Dijk. This season again, Kevin de Bruyne, another unbelievable season. We’re behind, but because Liverpool are champions probably one of them is winning the award again.” His comments were later posted on Twitter by @AnfieldWatch.

Bernardo Silva has suggested #LFC receive biased treatment when it comes to handing out individual awards.

“Kevin De Bruyne, unbelievable season, Mo Salah, scores a lot of goals. He's a great player and I admire him a lot, they give the award to Mo Salah.”https://t.co/PdiTbc0eRE

While De Bruyne provided eight goals and 16 assists in the 2017/18 Premier League as Manchester City racked up 100 points, Salah ended his debut league season at Liverpool with 32 goals, the highest tally of anyone in the division for a single campaign since 1995. Last season, Bernardo scored seven times in his team’s title triumph but Van Dijk helped the Reds to the league’s best defensive record of only 22 goals conceded.

These Liverpool fans on Twitter hit out at the Portuguese winger after he insinuated that the Reds receive unfair bias in the PFA Player of the Year selections:

Whatever Silva. Get a life

Henderson is winning this one.

If scoring 32 goals in your debut season and breaking the highest goal scoring record in a 38 game season doesn’t win you PFA, Dunno what does…

Inferiority complex. He is in a smaller team and he knows it.

Liverpool fans, do you think Bernardo's complaints about the PFA Player of the Year awards are sour grapes on his part? Comment below with your views!