‘Overpriced’, ‘Inconsistent’ – Viral thread shows how some Liverpool fans doubted Sadio Mane upon his signing in 2016 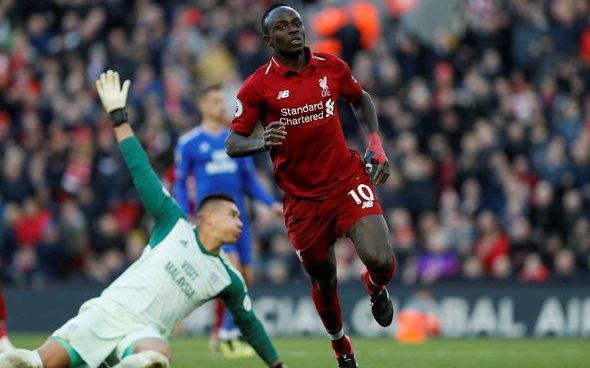 He has hit double figures for goals scored in each of the last six Premier League seasons and has been touted as a contender for PFA Player of the Year, but it seems that a lot of Liverpool fans weren’t convinced about Sadio Mane when he first came to the club.

The Senegal international joined the Reds from Southampton in June 2016 in a £34m deal (as per BBC), which put him among the club’s three most expensive signings in history at the time. He came to a Liverpool team who had actually finished two places behind the Saints in the Premier League the previous season.

? | Well, there were some “experts” on Reddit when Sadio Mané signed for Liverpool. Just take a look at some of these comments!! ???? *A Thread* pic.twitter.com/SgJcFbVz0T

Jay Pearson of The Kopite Podcast took the liberty of scrolling through Reddit to find comments from some doubtful Liverpool fans from the time of Mane’s transfer to Anfield four years ago and subsequently shared them on Twitter via @JimmyCully. Here is a flavour of the reaction from some Kopites to the 2016 deal:

Mane has gone on to emphatically dispel any such doubts about his ability to succeed at Liverpool, hitting double figures in each of his four seasons at Anfield and netting 77 times in 161 appearances for the Reds. He has been a consistent presence in Jurgen Klopp’s first XI throughout this time at the club and provided numerous highlights in a red shirt, including his stoppage time derby winner in 2016/17, his hat-trick against Porto in the Champions League, his exquisite finish in the 2019 win over Bayern Munich and his last-gap winner against Aston Villa earlier this season.

At the time of his arrival, though, the doubts of some Liverpool supporters may have been understandable. The Reds had endured two miserable Premier League seasons and blown a lot of money in the transfer market on misfit forwards such as Mario Balotelli (£16m, four goals), Lazar Markovic (£20m, three goals) and Christian Benteke (£32.5m, 10 goals). Mane’s 2015/16 tally of 15 goals was still better than anyone at Liverpool could manage that season but that figure might not have marked him out as someone who would drastically improve the Reds’ firepower in an era when so many expensive flops had tried and failed.

Thankfully, the Senegal forward has surely long since win over any doubters and transfer reports from France Football linking him with a £132m move to Real Madrid highlight the enormous impact he has made at Liverpool. As transfer coups go, Mane has ended up being one of the best in the Reds’ recent history.

Liverpool fans, were you convinced by Mane at the time that he joined from Southampton in 2016? Does it seem shocking now that so many Reds fans had doubts about his signing? Comment below with your views!