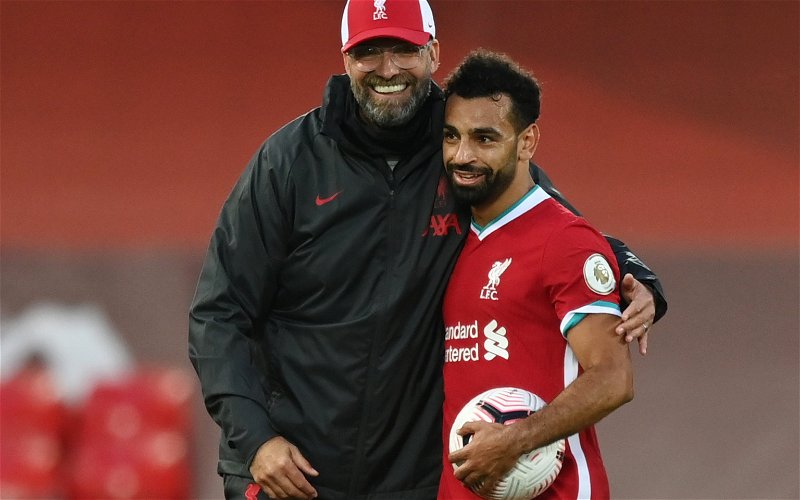 Liverpool have won the Premier League and the Champions League in the space of 13 months, with one former Reds’ striker believing that we deserve more credit for our success.

Since the arrival of Jurgen Klopp in 2015, we have gotten our noses into business that, really, we had no right to at the time, taking into consideration the sort of team that we had at the end of that campaign.

Getting ourselves to two cup finals in the German tactician’s first season was an achievement in itself. With all due respect, a squad that had the likes of Alberto Moreno, Jose Enrique, Joe Allen and Christian Benteke should not have got close to what we managed to that season, despite finishing eighth in the league.

Looking back to those days, it is amazing the steps that we have made. We now have a team that is riddled with world-class talent and leaders in almost every position. Something that I have not seen in my life as a supporter of this club.

I am not the only one that is saying this. Former Liverpool striker Peter Crouch was speaking to TEAMtalk and feels that we still do not get the credit that we deserve, making comparisons with the great Premier League teams of yesteryear.

“This Liverpool team have to be right up there among the best we have seen in the Premier League,” he said.

“I played against the Arsenal ‘Invincibles’ team and they were just unbelievable, as were Manchester United in their heyday with Ryan Giggs and Paul Scholes in their prime were frightening. I also played against the Man City team from a couple of seasons ago and they were one of the best teams I’ve ever seen, but we have to say this Liverpool team are up there with all of them.

“They have only won the Premier League once so far, but they have also won the Champions League and the way they won the title last season was something we have never seen before. They blew everyone away to win the league by 18 points and they deserve to be right up there.”

It is very difficult to disagree with what Crouch is saying here having drawn the bigger picture on the conversation.

Looking to watch a legal football stream? You can easily watch a stream on your device of choice via one of many Liverpool football streams. Check out our this page for every upcoming match and where to watch a match via subscription or free on Sky Sports, BBC, BT Sport. We cover every domestic league as well as European football.

Having accumulated 196 points in two seasons and playing an entire calendar year without losing a game last season, we should be rightly spoken about among those great title-winning sides.

However, I realise that people are going to judge with their feet, in terms of how many Premier League titles each squad have won. It tends to be that whoever has won the most, is the best team.

But I feel there is more to it than that. Although may point of view may be difficult to comprehend for some at this time, Crouch’s points will come to light as the months rumble on.