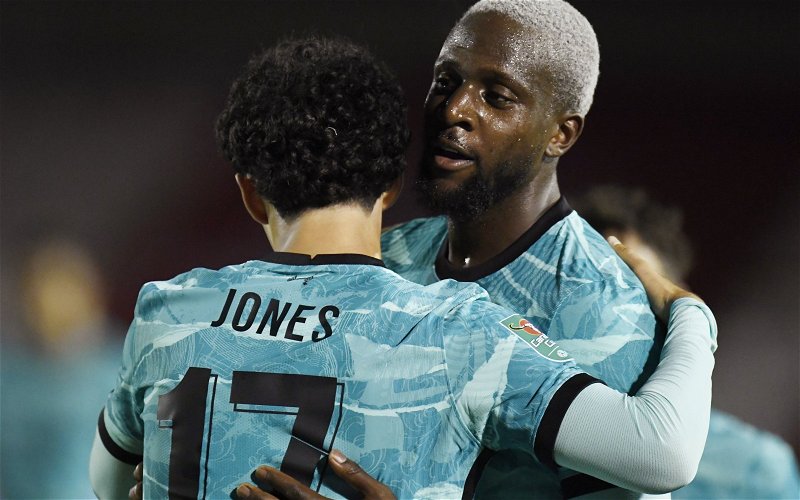 I don’t think many predicted that we would score the number of goals as we did in the first half, but even that didn’t seem to please everyone.

Liverpool went in at half-time 4-0 in front against Lincoln City in their Carabao Cup third-round tie, with four stunning finishes and our ruthlessness being the ultimate difference in the game.

Despite this, fans did not praise every player. One man attracted criticism once more. That’s right, Divock Origi.

Granted, he wasn’t involved in the game as much as I would have liked. But the 25-year-old provided a beautifully cushioned header for Takumi Minamino’s strike and our second of the evening.

Nevertheless, supporters did not enjoy his performance and made their feelings clear on Twitter while the game was going on.

Below are some of the many angry and disappointed reactions from the Kop faithful.

Once again, supporters had run out of patience with his lacklustre performances and demanded that he gets moved on during the current transfer window…

Origi needs to leave this summer for his own good.

The majority of criticism came midway through the first half, questioning his overall ability and one fan, in particular, believed he looked like a Lincoln player. A bit harsh, in my view.

Gotta get a brace atleast against these

Origi is stealing a living