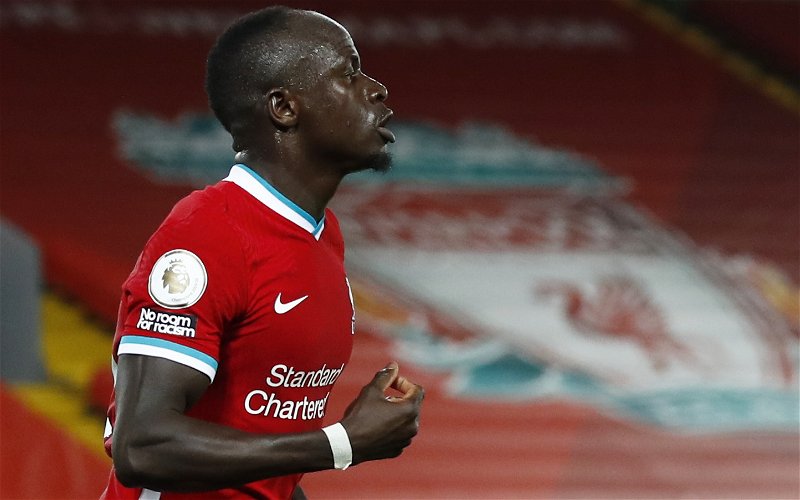 For the fifth consecutive season for Liverpool, Sadio Mane looks to be taking the lead as far as in-form players go in Jurgen Klopp’s side.

So much so that as far as performances go and consistency is ranked, I would argue that he is performing similarly than what Barcelona’s Lionel Messi and Juventus’ Cristiano Ronaldo have done over the years, especially during Portuguese veteran’s time at Real Madrid.

Year in, year out, both of those players have been at the top of their game, and as a result, dominating the Ballon d’Or awards, which recognises the best player in the world and voted for by their fellow professionals.

It is a huge honour to have picked up just one of these, but both Messi and Ronaldo have won it 11 times between them, with the Argentinian in front on six and just one behind Pele is the record holder with seven, as per Topend Sports.

Only Luka Modric has been the man to break the streak in recent years but I believe Liverpool’s Mane can be the man to invade the Ballon d’Or stronghold.

Let’s put it into context. Mane has only been at Liverpool since 2016 when he signed from Southampton for £34m. A bargain looking back now. He has scored 84 goals and provided 34 assists in 174 games for us, breaking into our top 20 all-time goalscorers. To do this in that space of time as a left-sided winger is phenomenal.

Having finished fourth in last year’s award ceremony, it just shows how highly he is regarded by players across the elite game in Europe. Even Messi himself said that it was a great shame that he finished so low down the pecking order.

Valued at £108m by TransferMarkt, he is believed to be one of the most prized assets in world football at this time. Having scored more than 18 goals in his last two campaigns and with already three goals in three games this season (per Whoscored), he deserves to be in with a shout of winning the Ballon d’Or.

Mane was a huge factor as to why we won the Premier League so comfortably last season, averaging 2.2 shots per game, 2.8 dribbles and a pass success rate of 81.6%. A player that will fight like a lion every game and not give up until the job is done.

The Senegal international is a warrior, a humble man and an inspiration to his country. As well as his football, his personality and the aura that surrounds him make him an all ground great human being. For me, a worthy winner of being recognised as being at the peak in world football.