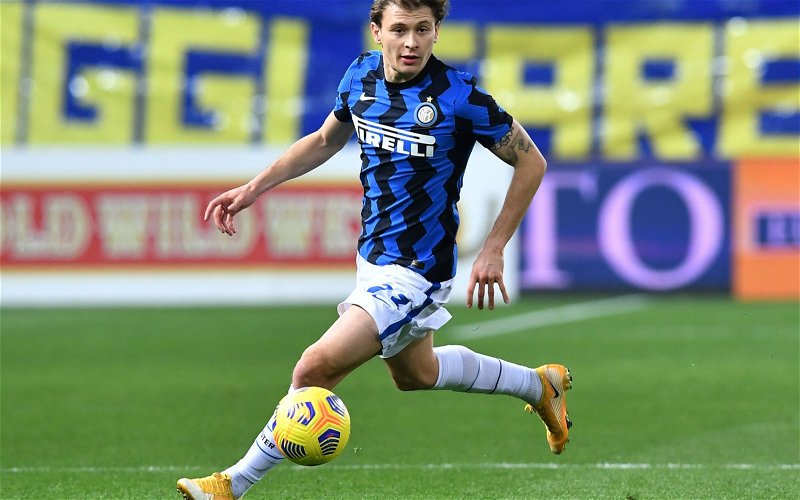 Reported Liverpool target Nicolo Barella has been receiving plaudits from Germany legend Lothar Matthaus this week in the Italian media, as reported by Goal.

Barella is believed to have drawn the attention of the Reds, as well as Premier League rivals Tottenham, and Matthaus’ praise will only further increase speculation.

The 1990 Ballon D’Or winner, who played 410 times for Bayern Munich, had this to say on the Italian international:

”In the Italian team, (Marco Verratti) has never really delivered large-scale performances in a major competition, while a player like Nicolo Barella has shown the extent of his talent with high-level performances over time, I place Verratti roughly at the same rank as Frenkie De Jong, Marcel Sabitzer and Denis Zakaria, but a notch below Ilkay Gundogan, Nicolo Barella, Leon Goretzka and Joshua Kimmich.”

The 24-year-old central midfielder has been an integral part of Inter Milan’s surge to the Serie A title this season – scoring three goals and assisting six others in 26 outings.

Signing Barella, noted for his ability to pick out key passes, would add a whole new dimension to a Liverpool midfield currently lacking a sprinkle of creativity.

Valued at £49.5m by Transfermarkt – the Reds would have to prioritise this signing perhaps over any other this summer if it was going to become a reality.

That’s not to say that shouldn’t happen.

Jurgen Klopp needs to bolster his options in almost every position, and there are few better candidates for the midfield department than Barella.