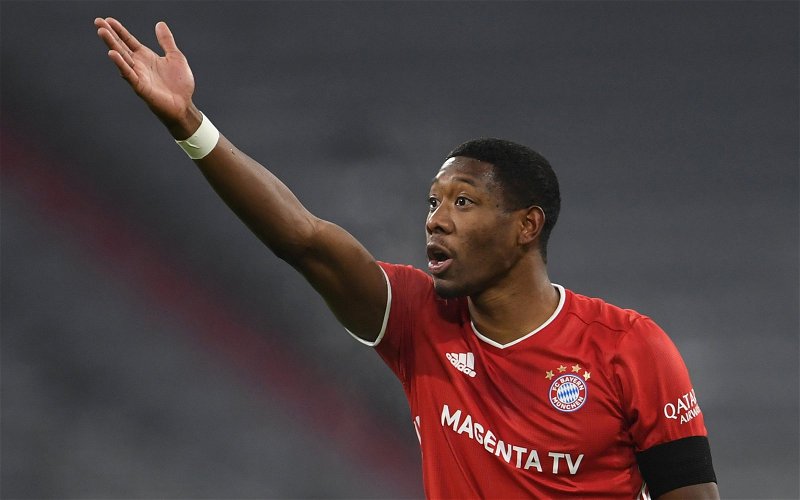 Barcelona have held a meeting with Liverpool target David Alaba and his agents to discuss a potential move to the Nou Camp this summer, according to a report from Spanish outlet Diario AS.

The report claims the newly-appointed president at the Nou Camp, Joan Laporta, hopes to make the Austrian defender the first signing of his reign as Barca look to turn their fortunes around.

This could impact the Reds’ own pursuit of the 28-year-old, who becomes a free agent at the end of the season after confirming this would be his last campaign as a Bayern Munich player.

Unsurprisingly, there has been plenty of interest in the versatile defender, with Paris Saint-Germain and Real Madrid also in the mix.

Despite Alaba’s impending departure, Bayern manager Hansi Flick continues to call upon the 76-cap ace and as such he has played 33 times across all competitions this season.

Signing Alaba for nothing this summer would solve numerous problems in Jurgen Klopp‘s squad.

Capable of filling in at left-back, central midfield and predominantly in the centre of defence, the £49.5m valued Austrian would offer flexibility to Klopp as well as freedom in the transfer market to strengthen in attacking areas.

Having seemingly been close to a move to Madrid, Alaba’s future remains up in the air and still some way from being resolved, giving Liverpool a chance.

Unfortunately for the Reds, like any elite player, the 28-year-old will almost certainly be looking for continued Champions League football, something that may not be on offer at Anfield next term.