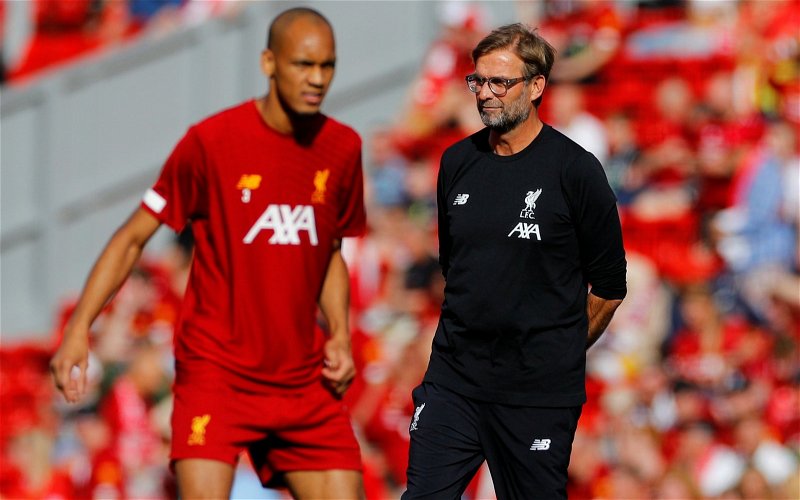 Liverpool are ‘keeping tabs’ on exciting Santos teenager Angelo Gabriel according to a report from Sport Witness.

The Reds aren’t alone in their interest, as La Liga giants Real Madrid are also believed to be monitoring the 16-year-old, who has been likened to Brazilian star Neymar.

Having signed a professional contract with the Brazilian Série A side, Liverpool would have to pay a £55m release clause in order to land the highly regarded teenager.

However, the report outlines the desire from the Anfield hierarchy not to miss out again having failed to sign fellow Brazilian, Rodrygo, in 2019 before he sealed a £40.5m switch to the Bernabeu.

Remarkably, Angelo made his debut for Santos aged just 15-years-old, playing 77 minutes in a 2-1 Copa Libertadores victory over Deportivo Lara, becoming the competitions youngest ever player in the process.

All told the Brazilian wonderkid, who has represented his nation on six occasions at Under 16 level, has played 12 times for the Santos first-team despite his tender age.

Whilst the next big thing from Brazil has rather been done to death, this is a kid who has been playing above his years and frankly excelling for some time now.

Breaking records has become par for the course for Angelo in his fledgeling career and having already expressed a desire to test himself in the Premier League, the Reds will want to be front and centre.

Although the £55m mooted release clause is an extortionate sum for a teenager with so little first-team action under his belt, generational talents don’t come around often and missing out could be worse than taking the gamble.

There’s already a host of players from Angelo’s homeland to make him feel right at home on Merseyside.