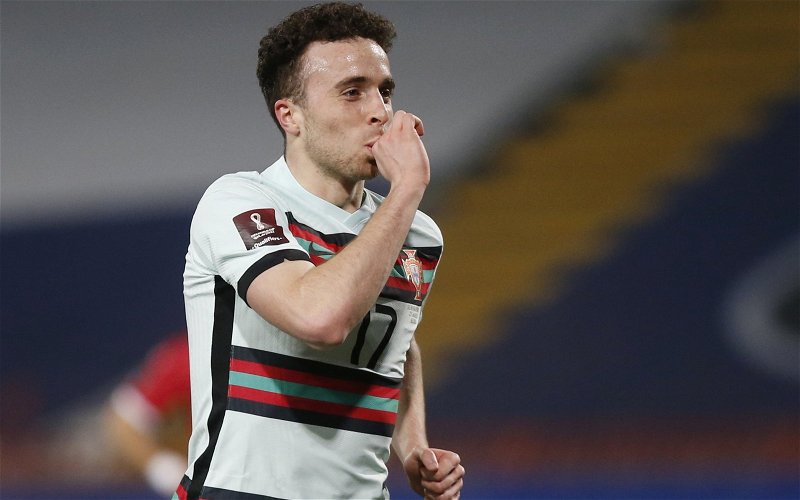 Liverpool may feel they have unearthed yet another gem in Diogo Jota last summer after the Portuguese forward continued his fine campaign with a brace on international duty.

With the eyes of the footballing world seemingly awaiting the arrival of Timo Werner, the Reds shied away from the German and instead opted for a rather inconspicuous then 23-year-old plying his trade at Wolves.

Having scored seven goals and assisted one other last season in the Premier League, Jurgen Klopp and co would have been no strangers to the forward’s ability.

With six goals in just 12 league outings this term, due to missing a large portion of the campaign with injury, few would’ve predicted the impact Jota has made.

A very unexpected and sweet W for Liverpool transfers was getting Diogo Jota instead of Timo Werner. Finishing and quality of Jota decision making is top top class #diogojota #LFC

man I love this guy so much, he speeds up the play when its timid, imo that's his best quality.