Liverpool must push Grujic towards Palace 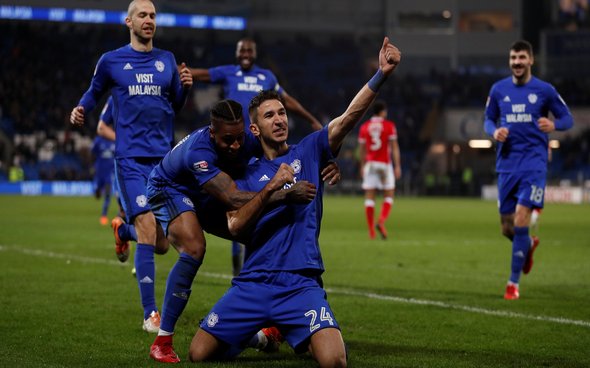 The arrivals of Naby Keita and Fabinho have significantly boosted the Liverpool midfield this summer, but it has also seen the path to the first-team become nigh-on impossible for some.

Among that number is Serbia international Marko Grujic, who would have been hoping for the chance to impress at Anfield this season after a successful loan spell at Cardiff City last term.

Instead it looks as though the 22-year-old is set for another temporary exit, with the Bluebirds having looked the most likely to secure his services for the 2018/19 campaign.

However, there has been a late entry into the race for his signature, with the Daily Mail reporting that Crystal Palace have made a last-ditch bid to sign the Serbian on loan.

The newspaper claim that Cardiff have already held talks over a deal, with Liverpool open to the move, but the Reds must now attempt to encourage Grujic to join Palace instead.

Firstly, the stature of the two clubs at this current time cannot be compared, with Palace almost approaching the status of Premier League regulars while Cardiff have just earned their second ever season in the division.

Secondly, the success of Chelsea midfielder Ruben Loftus-Cheek at Selhurst Park last season shows that there is room there for Grujic to seriously impress on the bigger stage.

Loftus-Cheek will not be returning to Palace this summer and therefore his place in the team is up for grabs, and Grujic is the perfect man to fill that gap.

A return to Cardiff would not be a bad move, with Grujic knowing the ropes in south Wales, but a transfer to Palace offers bigger rewards for both club and player.

Liverpool must now look to push the youngster towards the move to south London, with the club surely set to benefit in the future if Grujic impresses at Selhurst.