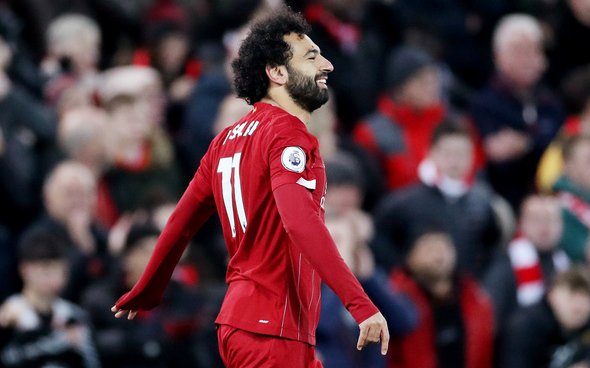 A number of Liverpool fans have defended Mohamed Salah after a statistical report highlighted the extent of his creative influence for the Reds.

Goal.com reported that figures from Opta showed that the Egyptian has created more chances from open play (42) for Jurgen Klopp’s side in this season’s Premier League than any of his team-mates, with @AnfieldEdition on Twitter quoting the top five Reds players for that metric.

Although Trent Alexander-Arnold has created 75 chances in total, his set piece prowess has contributed  to a large potion of that tally. Salah has been Liverpool’s chief chance creator when set pieces are excluded and his tally of nine assists in all competitions is the fourth highest in the Reds’ squad. He is also their leading scorer with 20 goals for the season so far, following on from 44 and 27 in the previous two campaigns.

Despite the statistics highlighting his sizeable contribution to team play, the 27-year-old was pilloried by Michael Owen, along with many Liverpool supporters, for his apparent selfishness in the 3-0 win at Burnley when he did not pass the ball to Sadio Mane, who would have had a tap-in to score.

However, after discovering that Salah has set up the most chances from open play in his team, these Reds fans took to Twitter to applaud the Egyptian:

Still doesn’t get the appreciation he deserves. Victim of his own success. pic.twitter.com/Zuja5MyySH

But apparently Salah is selfish uno

Mo Salah so underrated player!! he deserves a lot of love, support and appreciation. some people are racist against him. I don’t know why! but anyway he’s our king ???

No surprises for me. He has been under-rated and under-appreciated this season.

Liverpool fans, were you surprised to learn that Salah has created more chances from open play than anyone else in the Reds’ squad this season? Tell us what you think in the comments section below!