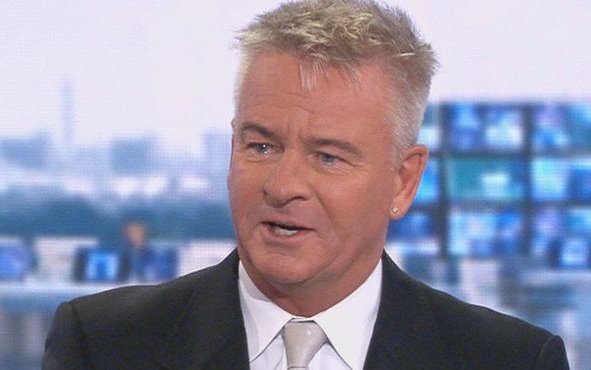 A number of Liverpool fans have voiced their disagreement with Charlie Nicholas’ Premier League team of the season so far after the pundit made his selection for Sky Sports.

The ex-Arsenal striker picked five Reds players in his XI but did not have any midfielders from Jurgen Klopp’s squad, with Empire of the Kop tweeting their incredulity (via @empireofthekop) at the omission of Jordan Henderson in favour of Manchester City’s Rodri.

Charlie Nicholas has left Jordan Henderson out of his Team of the Year, for Rodri.. Wow. That is an hilariously bad shout ? pic.twitter.com/LcsoQJCL6j

The Liverpool captain has been highly impressive for his team in 2019/20, winning more tackles per game (2.2) than any of his team-mates (as per WhoScored), and a hamstring injury earlier this year largely coincided with a slump of form which saw the Reds lose four matches out of six. BBC pundit Alan Shearer told Match of the Day in February (via Liverpool Echo) that he would be a worthy PFA Player of the Year candidate, with some Liverpool fans calling for him to get the award.

In his first season at Manchester City, Rodri has stood out with a passing success rate of 92.2% but has also collected no fewer than seven yellow cards in the league and won just 1.5 tackles per game. Nicholas’ preference of him over Henderson led to these Liverpool supporters on Twitter voicing their disgruntlement at the Sky Sports pundit, who one Kopite labelled “a complete crank“:

Every week for over a year he kept saying, “I fink this is the week Liverpool will lose!” He’s a complete crank.

The man wears a stud in his ear. His opinion is invalid.

In fairness…..I always just sit back and laugh at Charlie as he’s “sittin there thinkin” poor fella hasn’t a clue ?

That guy hasn’t got an igloo. He has been stealing a living for years.

My brother and I have a great laugh looking at his predictions every weekend on the sky sports app… must of had us down to lose 10 times this season ? clueless

Whose Charlie Nicholas?? Obviously doesn’t know anything about football

Liverpool fans, are you baffled by Nicholas’ inclusion of Rodri over Henderson in his Premier League team of the season? Share your views in the comments section below!