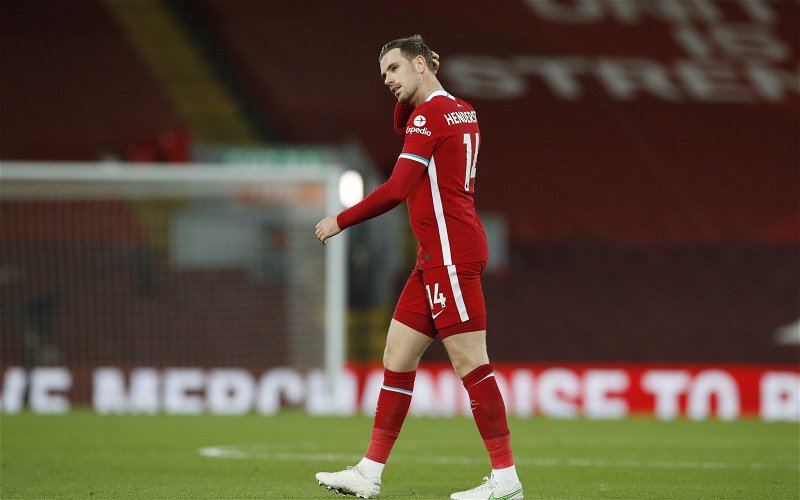 Liverpool midfielder Jordan Henderson will not play against Real Madrid in the Champions League next month according to a report from The Athletic.

The Reds captain has been absent with a groin injury suffered in the Merseyside derby but there had been hopes he could return in time for the repeat of the 2017/18 UEFA Champions League final showdown.

However, it has been reported that the England international midfielder is not expected to be back in action in time for the quarter-final tie.

The first leg of the tie will be held in Madrid, restriction permitting, on April 6, with the second leg to be played at an empty Anfield on April 14.

Henderson, 30, has been an integral figure behind Liverpool’s recent successes under Jurgen Klopp and his absence in the heart of midfield will be hard felt.

The former Sunderland man had played 28 times in all competitions this season so far, including six Champions League appearances.

Whilst much of the fixation in the build-up to the clash will be centred around Mohamed Salah and Sergio Ramos, the Reds’ missing leader will certainly damage their chances.

Henderson’s influence on the side is most noticeable by his absence and Klopp will hope to have the likes of James Milner fit and available to carry the mantle in the dressing room at least.