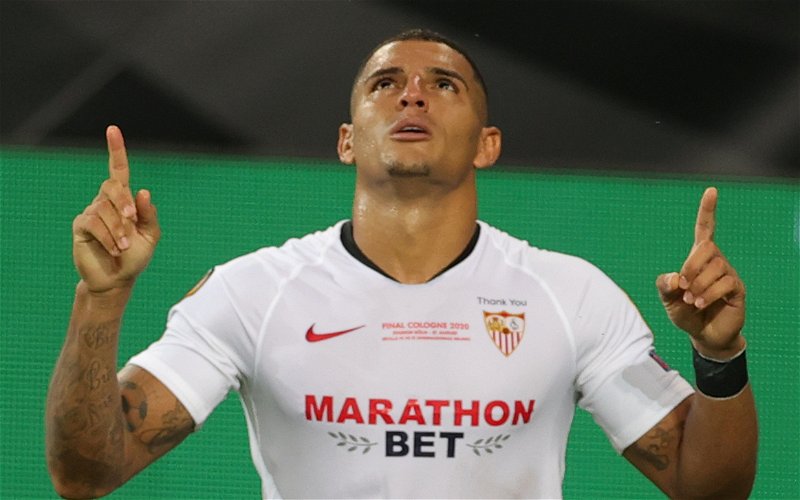 Liverpool have been linked with a summer swoop for Sevilla central defender Diego Carlos, as per El Gol Digital.

The Reds are named among a host of elite clubs that admire the 28-year-old La Liga star, including Bayern Munich, Paris Saint-Germain, Manchester City and Real Madrid. ,

Carlos, a Brazilian youth international has been a sensation in Spain since signing from French Ligue 1 side Nantes in 2019.

In that time the centre-back has made 81 appearances in a Sevilla shirt, including 36 this season.

Noted for his athleticism and speed, Carlos has a perceived market value of £45m (Transfermarkt).

Previously the Brazilian was touted as being available for £65m, but another year older and amidst a global pandemic, that price could’ve altered ahead of this summer.

Currently in the prime of his career, signing Carlos would have an immediate impact on Jurgen Klopp‘s side and would offer major competition to a fully fit Joe Gomez and Joel Matip to partner Virgil van Dijk.

However, it’s questionable as to whether that’s what the Reds need right now.

It’s far more feasible that Liverpool shy away from a £50m plus player in favour of additional options to supplement the first choice trio.