Liverpool could ‘blow the bank’ for Donyell Malen 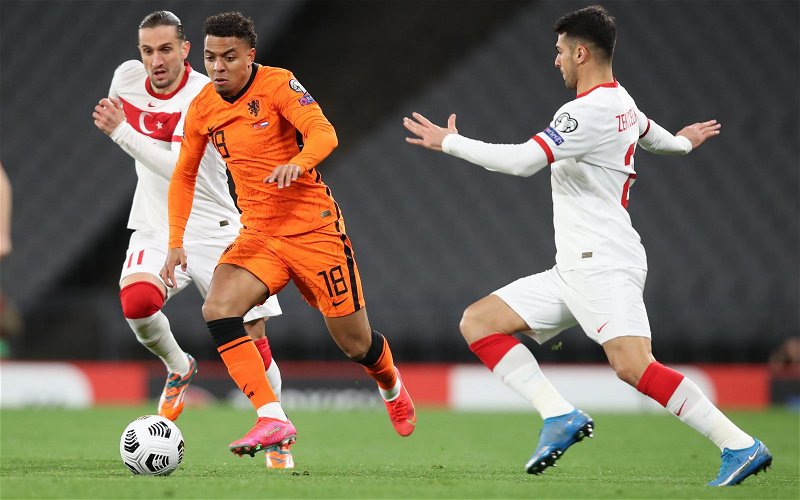 Liverpool could ‘blow the bank’ to sign Donyell Malen from PSV Eindhoven this summer, according to a report from Italian outlet Gazzetta Dello Sport.

There are fears among the potential suitors for the Dutch striker that the Reds could go all out to land their man, making it impossible for them to compete.

The clubs named as holding an interest are Borussia Dortmund, Juventus and AC Milan, leading to PSV feeling the need to ‘raise the bar’ to €30m (£26m) for their Dutch ‘jewel’.

This report claims any potential move from elsewhere is dependant on what Liverpool decide as previous reports from Italy have cited their interest.

Jurgen Klopp will be hoping to bolster his attacking ranks this summer, perhaps in order to replace Divock Origi whose Anfield future looks increasingly uncertain.

Malen, 22, a former Arsenal youth player before leaving for the Eredivisie in 2018, has been prolific this season scoring 23 goals in all competitions and providing eight assists.

Not an archetypal number nine, Malen possesses plenty of the qualities that have made Roberto Firmino an internal figure in Klopp’s tenure and could perhaps be a successor to the Brazilian.

Capable of playing on either wing as well as centrally, Malen has all the attributes Klopp likes in his forward players.

Having won seven Holland caps, Liverpool will be well-versed in the youngsters abilities from Gini Wijnaldum and Virgil van Dijk and a summer move may come on the back of an endorsement.

Valued at £27m by Transfermarkt, his worth falls directly in line with PSV’s mooted demands.

This is exactly the sort of deal Liverpool have been masters of in recent years.