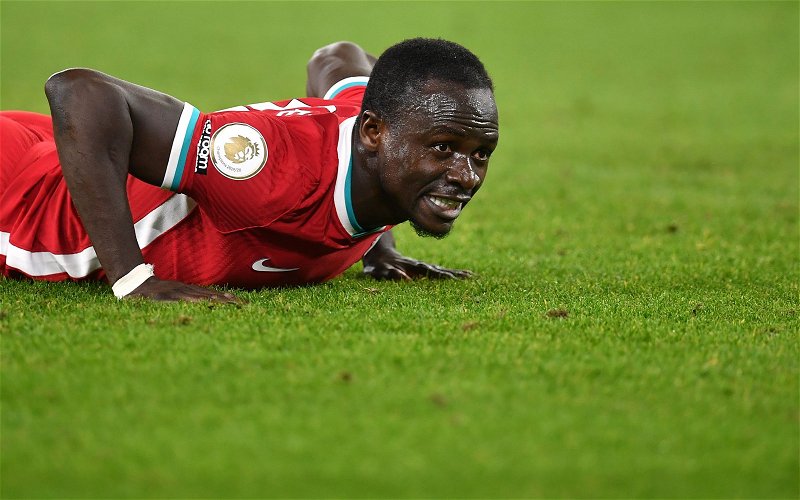 Former Everton striker Kevin Campbell has told Football Insider that Liverpool forward Sadio Mane is ‘burnt out’ after assessing his performance against Wolves.

The Senegalese star has struggled to reach the levels of previous seasons and there have been questions asked over the 28-year-old’s performances.

Campbell believes Mane might be lacking his usual energy levels, owing to Jurgen Klopp‘s demands over the last three seasons:

“I think Mane is burnt out, the front three just do not look the same, the energy levels are not there.”

So far this season Mane has scored 12 goals in 37 outings in all competitions, compared to 22 goals in 47 appearances across the entirety of the 2019/20 campaign, and Campbell can see the difference.

“Mane has been a constant threat over the past few seasons and at the moment it does not look as if he has the energy he had previously. When you play high-tempo football all of the time, it is going to catch with you. I think it is catching up with Mane.”

Liverpool boosted their top-four chances with a much-needed victory over Wolves on Monday, the Reds can now enjoy a break as they don’t play again until April 4 when they travel to London to face another of Campbell’s old clubs, Arsenal.

Whilst it’s a difficult one to admit, there’s no denying the Senegalese ace has been underperforming in recent months, certainly in front of goal.

All too often, including against Wolves, he is making the wrong decision at the crucial moments – something which could be due to mental tiredness as opposed to physical.

This short break from club action could serve Mane, and others well, and hopefully, the Reds can return to finish the season with renewed vigour.