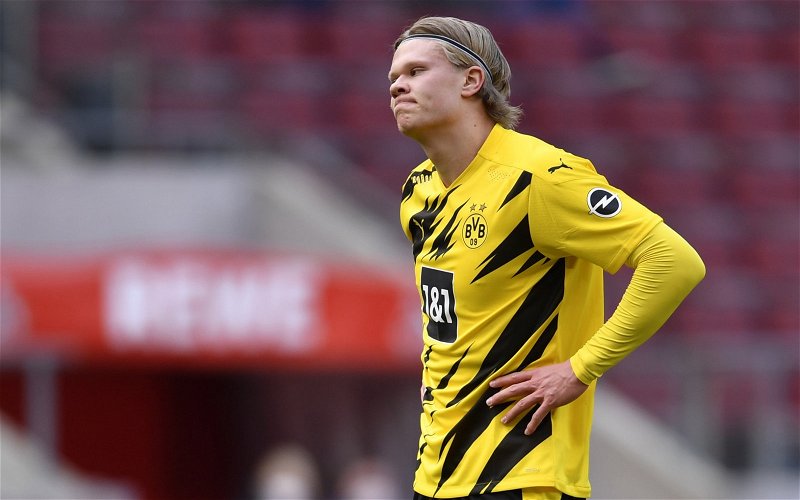 It’s claimed by Spanish outlet AS that the Norwegian superstar has told Dortmund that he wants to leave if the club doesn’t qualify for the Champions League this season.

Liverpool, like almost every elite club in world football, have been credited with an interest in the 20-year-old sensation.

Unfortunately for those interested parties, this report cites Real Madrid as being the benefactors of this ultimatum.

Despite the sides relative struggles as a collective, Haaland has been prolific this season for Dortmund, scoring 33 times in 31 matches in all competitions.

Whilst this could be viewed as a boost to Liverpool’s chances of signing the sought-after striker, there remains the glaring possibility Jurgen Klopp’s side won’t be competing in the Champions League either.

Given his frankly ludicrous record in Europe’s elite competition, it’s easy to understand why he wouldn’t want a year out.

However, Liverpool’s best hope of signing the £99m valued star would be Dortmund qualifying and competing for his affordable release clause next summer.