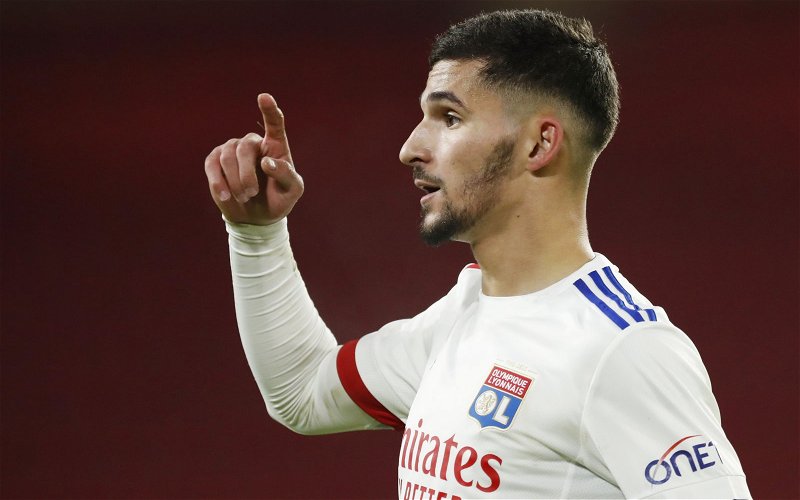 Juventus have reportedly joined Liverpool in the race to sign French international central midfielder Houssem Aouar this summer, according to Tuttosport.

The Reds have been linked with the Lyon captain previously and are now joined by Serie A royalty, who are believed to be willing to pay around £35m.

Last summer the Mirror reported that the 22-year-old was on the Reds’ radar but the financial uncertainty over the pandemic was likely to put off any move.

Jurgen Klopp could well be in the market for a central midfielder this summer as a Gini Wijnaldum replacement and Aouar may be the chosen one.

Under contract until 2023 in France, Liverpool will be forced into a bidding war should they want to prize the Frenchman out of Lyon.

But there’s plenty of reasons why they would.

A supremely talented midfielder, the youngster shone in last seasons UEFA Champions League whilst helping his side eliminate Manchester City.

This season, Aouar, who was lauded as ‘incredible’ by City boss Pep Guardiola, has six goals and four assists in 26 appearances across all competitions.

Signing Aouar would be a game-changing statement from the Reds.

At times this season Klopp’s men have been crying out for a more central creative influence, and the Frenchman could certainly bring that.

As well as goals from midfield, Aouar’s strengths lie in making things happen in the final third, something that has been in short supply at times this term.

Should the £35m asking price be accurate, someone will be getting a bargain for a player valued at £45m (Transfermarkt).