Many Reds hail Fabinho’s midfield return as catalyst for success 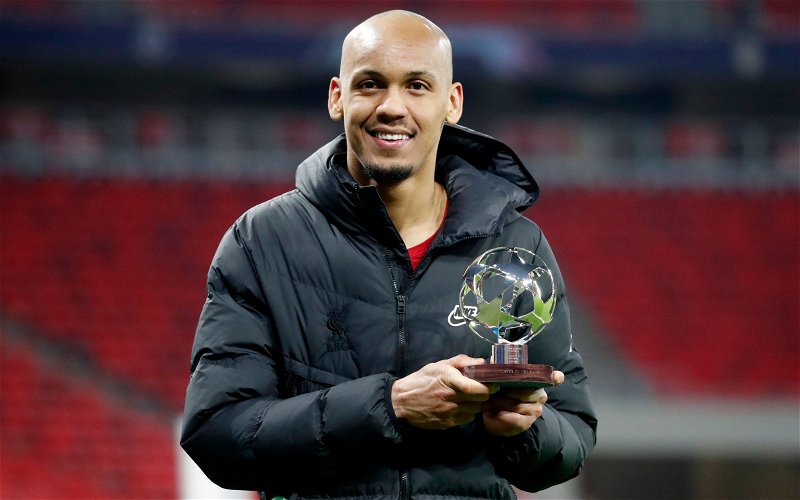 Liverpool have been crying out for some stability recently in a season devoid of anything resembling continuity of selection.

As the Reds have suffered more than most with a devasting injury list, Fabinho had been forced to play in central defence to cover for an absent Virgil van Dijk.

Whilst the Brazilian had performed admirably in the backline, there had been a noticeable drop off in the ability to cope without the 27-year-old in midfield.

Subsequently, Fabinho’s absence had an adverse effect on the performance of the likes of Thiago and Gini Wijnaldum.

Back in his favoured position on Wednesday night, the 12 times capped Brazil man was sensational and offered additional protection to an inexperienced defensive pairing.

Just getting back in midfield. What a difference that made.??

Best DM in the world ?? pic.twitter.com/tO1vjXTH0d

Don't play in CB again, we really need you in your best position.

Good to have to you back as the 6! A monster in the middle tonight!