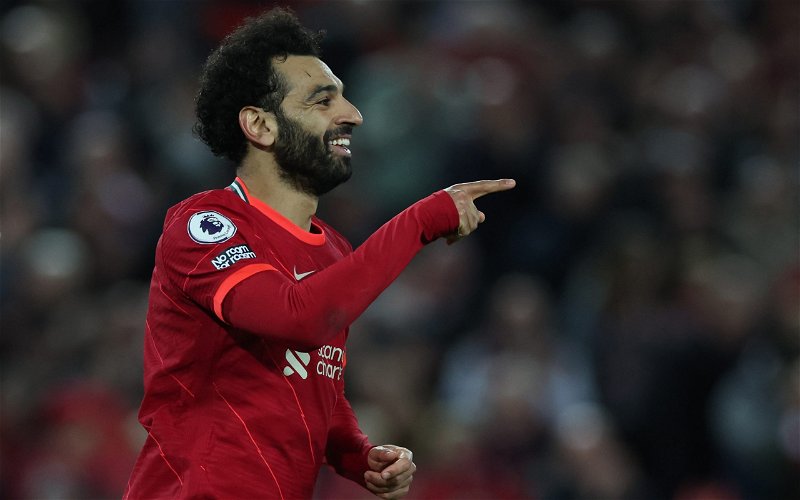 BBC Radio Five Live pundit Danny Mills has hit out at Mohamed Salah after the striker recently claimed that the delay in signing his new Liverpool deal has got nothing to do with money.

The Egyptian’s current contract with the Reds will expire next summer, and despite talks being held between the player and club, progress has been stalled as a result of the 29-year-old’s wage demands not wanting to be met.

Following Salah’s latest comments, the former defender has suggested that he thinks the £90m-rated talisman is doing nothing but “playing the game”.

“If you look at the Mo Salah situation it doesn’t look easy to sort out.

“He’s come out and said it’s not all about the money then tell us what it is about then? That’s what I don’t understand.

“If it’s the length of the contract then take a shorter one on less money. That’s not going to happen so it is about money.

“You can’t have players dictating to the manager about recruitment. He can’t be saying ‘We need this, we need that’ and all the rest of it. It’s not that easy.

“He’s playing the game a little bit by saying that because I don’t see what else it can be about.”

If the 82-time international is adamant that the financial factor doesn’t play in a part in whether he stays at Anfield or not, then the Merseyside outfit should offer him a short-term deal that would suit both parties.

Salah is a key player in this Liverpool side, having made a staggering 214 goal contributions in just 245 appearances since joining from Roma back in 2017, so it’s vital that the hierarchy do everything that they can to keep him.

However, it’s worth remembering that he isn’t getting any younger, which is exactly why it could prove more beneficial to offer him a shorter contract and then assess the situation further down the line.

Once dubbed a “world-class” player by manager Jurgen Klopp, the forward still has the potential to achieve all of his ambitions with the Reds, especially considering that the possibility of having four trophies in the cabinet at the end of the season is still very much on – all he has to do is put pen to paper on the dotted lines.

In other news, a journalist has delivered a contract update regarding a £34.2m-rated Liverpool star. Read more here.