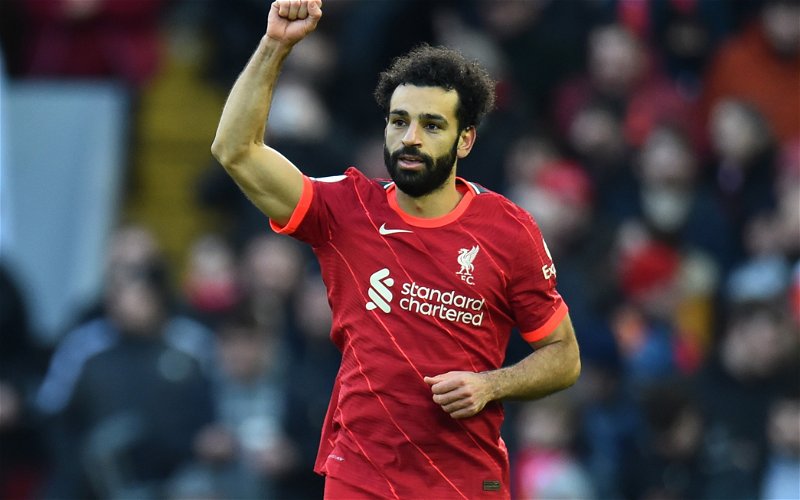 Liverpool striker Mohamed Salah reportedly currently has no intention of making a move to La Liga, despite not yet having formally agreed on a new contract with the Reds.

Transfer insider Fabrizio Romano was speaking on the latest episode of his Here We Go podcast this week about the Egyptian’s future on Merseyside and delivered a fresh update on the situation.

“On Mo Salah’s side, what I’m always being told is that he has no interest in [a] LaLiga move, as of now.

“Then let’s see in the future. Let’s see what happens.

“But as of now, he’s not like desperate to leave Liverpool and join LaLiga clubs. It’s something that is not in his mind.”

If the claims that Romano made are true, then this would be a huge boost for the club, should they be able to get the 29-year-old to put pen to paper on a new deal at Anfield.

The 82-time international has had an unbelievable impact on the Reds since arriving from AS Roma back in 2017, scoring a staggering 153 goals and registering 57 assists in just 241 outings since that time, as per Transfermarkt.

As the Italian transfer guru states, the forward having no supposed interest in a switch to Spain could indicate that he sees his long-term future with the Reds, and should this be the case, it’s hugely positive news that will no doubt get plenty of Liverpool fans excited.

Once described as being one of the “best players in the world” by his manager Jurgen Klopp, the German boss clearly knows the importance of Salah, with any possible new contract having the potential to take him to the end of his playing career.

In other news, Klopp has hailed a Liverpool star as being on a “world-level” following his display against Benfica. Read more here.