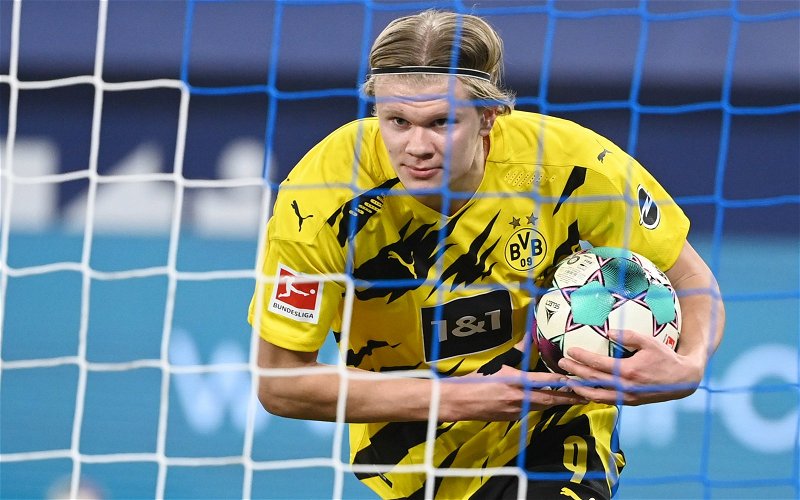 It’s widely anticipated Haaland is destined to become football’s next superstar and if the 20-year-old’s early career is anything to go by, he could go on to emulate some of the games greatest players.

Unsurprisingly, such a hot property is attracting plenty of speculation as to where he will ply his trade next, with Dortmund likely to be a stepping stone onto greater things.

However, Riise, who played 348 games for the club, fears the Reds could miss the boat for his compatriot, as he told TEAMtalk:

”Obviously, I would love Liverpool to sign Haaland, but he needs to be in the Champions League, he needs to be up against the best players and fighting for titles. It would be crazy if Haaland went to Liverpool. They would have an incredible front three or four, but I don’t know if it can happen.”

Labelled a ‘goal-machine’ by former England international Owen Hargreaves, the seven-cap Norway man has the world at his feet.

Jurgen Klopp’s side in recent times would’ve been almost pencilled in for Champions League qualification, although owing to a recent wretched run, a top-four finish looks to be increasingly unlikely.

Unfortunately for the Reds, we make the piledriving free-kick supremo right on this one.

Asking a player of Haaland’s ability to forgo a Champions League campaign is a massive undertaking and realistically isn’t a possibility.

Liverpool’s best chances would be Dortmund staving off interest and Haaland sitting tight until 2022, when an affordable release clause becomes active – at which point Klopp should have righted the currently-sinking Reds.